The Invisible | Interview with the director

We caught up with Michael Oakley, director of the world premiere production of Rebecca Lenkiewicz’s The Invisible, to talk about the play, legal aid, and why theatre is the perfect medium to tell this story.

The Invisible deals with cuts to the legal aid system; we meet characters who need legal aid and characters who are working to preserve it. But it’s not verbatim theatre, nor is it a play that deals with statistics and an overload of facts and information. It’s about human beings and whether or not their access to justice exists in austerity Britain.

Before I started working on this play I didn’t really know much about legal aid to be honest. I don’t think you really think about legal aid unless you find yourself in a situation where you come face to face with the law. It wasn’t until fairly recently that I really contemplated the impact of LASPO when a very good friend of mine was going through a very difficult time – resulting in a number of court hearings. Whilst speaking on the phone about it, he revealed that as of the following week he wouldn’t be able to afford a lawyer as he was suddenly no longer eligible for legal aid because of the new criteria engendered by the cuts. I’d always imagined that legal aid was like the NHS – that it was available when you needed it, but of course with the cuts and the austerity period we’re living through, that safety net has almost entirely gone. 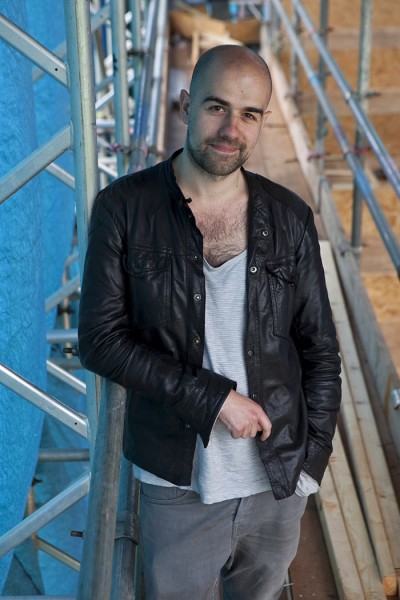 One of the best things about working in theatre is trying to understand the inner lives of all the characters you’re creating. Whether that means you’re in a royal court in the sixteenth century or in the deepest darkest countryside of 19th century Russia, you need to work out what makes them tick, to really get a sense and understanding of that world. The script Rebecca has written is wonderfully rich for us to find our way through. She’s done a lot of research and all the stories from the many people she met are there in some form, but our job is to get under their skin. In the rehearsal room we wanted to know more about what their mannerisms might be for example. So like a play set in Tudor England we have to do our research – and what’s great about new writing is the chance to get first hand evidence of this.

In our first week of rehearsals we went and spent some time in a law centre. The lawyers there were extremely generous, allowing us to delve into their lives – both professionally and personally! By directly experiencing a day in the life similar to that of the characters we’re creating, it allows us to think more about detail in the rehearsal room – for example – we can think about what time of day a certain conversation in Rebecca’s script is happening, and therefore, by contemplating what else the character might have done that day, the mood of the whole scene may change informing the way we might play it. We also saw literally hundreds and hundreds of files in boxes and piles of paperwork at the centre which ended up as a major inspiration for the design. Although we didn’t use this in a literal way, the ambiance and feeling of the law centre is something we’ve tried to create for the audience in our set.

It’s a huge honour to have directed a play by Rebecca Lenkiewicz – she is an amazing, amazing playwright. I have long admired her. I remember seeing Her Naked Skin at the National Theatre her brilliant play about suffragettes and it was theatre on an epic scale. I love epic theatre, big characters, big subject matters – I particularly love new work on this scale because it’s so rare. You can see the big, wide picture but focus in on the absolute tiniest detail. I loved that about Her Naked Skin and she does the same in this play albeit on a much smaller scale. What we’re dealing with is vast, but the tiniest thing or event can make a huge difference. Her writing is so beautifully structured; it’s wonderful to bring this to life. Rebecca really hears the human voice, and her gift for writing dialogue is unique, but there’s nothing neat about the way she writes because there is nothing neat about the way we speak and the way we think. In this way, Rebecca’s writing is real and credible, and consequently very, very exciting and challenging to work with.

Rebecca’s approach to telling the story of legal aid is to focus on the human voices which are no longer being heard. The best thing about doing it in the theatre is that you are in a room with an audience, breathing the same air, experiencing it together. It’s the immediacy of seeing these characters and identifying with their plight that makes theatre a particularly brilliant medium for telling this particular story.

The Invisible runs here at the Bush until 15 August. Find out more about the play and book tickets here.