The Invisible: meet the cast

Rehearsals for The Invisible kick off this week! Take a moment to get to know the exceptional group of actors now gathered in our building to work on the play with director Michael Oakley and playwright Rebecca Lenkiewicz. The show opens for previews 3 July and runs through to 15 August.

You may recognise Nicholas as the long-suffering Dr. Trueman from EastEnders (pictured below). But did you know that he also has extensive experience treading the boards? His theatre credits include Soho Streets at the Soho, Breakfast with Mugabe at Theatre Royale Bath, Mela at West Yorkshire Playhouse and Become a Man over at Hackney Empire. 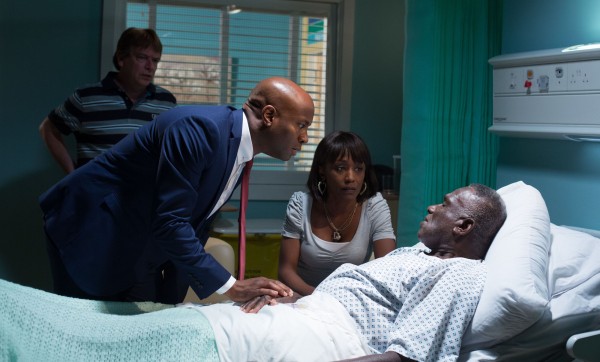 Niall Buggy is an Oliver Award-winning actor whose best known roles for stage include Uncle Vanya (Lyric Theatre,  Belfast), for which he won Best Actor in the Irish Times Theatre Awards, Aristocrats (National Theatre) for which he won a number of awards including the Time Out Award, Obie Award in New York, Drama Desk Award and a Clarence Derwent Award. His Olivier Award was for Best Comedy Performance in Dead Funny. Niall’s comedy credentials are platinum, eagle-eyed comedy fans might recognise him from the fourth episode of classic TV programme Father Ted in which he played TV presenter Henry Sellers. 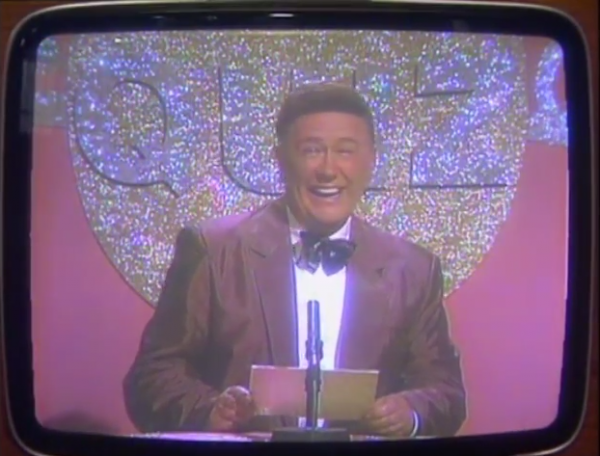 Alexandra Gilbreath is a legend of the British stage and a darling of the Royal Shakespeare Company, where she’s appeared in, wait for it… Shakespeare’s Birthday Bash, The Merry Wives of Windsor, Twelfth Night, Merry Wives: The Musical, The Tamer Tamed, The Taming of the Shrew, As You Like It, Romeo and Juliet, The Winter’s Tale, Cyrano De Bergerac, Ghosts, and Love’s Labour’s Lost… phew! A particularly plum role was appearing as Juliet to David Tennant’s Romeo in 2000 at the Barbican. 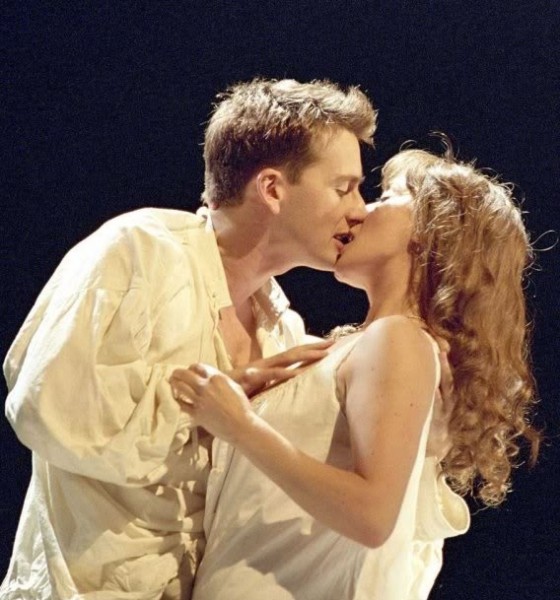 If you saw Great Britain at the National Theatre or, after its transfer, on the West End then you would have seen Scott Karim. Here he is pictured with Billie Piper. Other recent theatre credits include The Merchant of Venice at the Globe, and Dara at the National (which was adapted by another Bush playwright Tanya Ronder – you can catch her new play F*ck the Polar Bears here in September), Grand Budapest Hotel (Secret Cinema), and Othello (National Theatre). 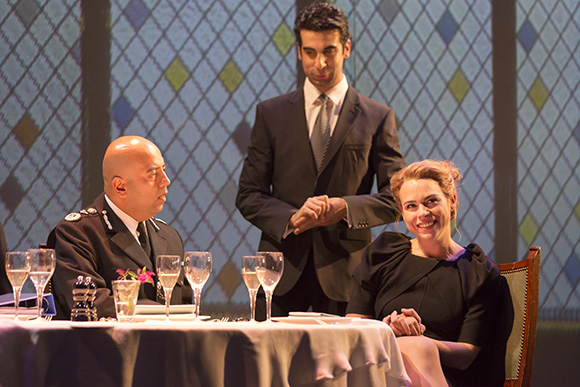 Earlier this year you may have caught Sirine at the Royal Court in Fireworks by West Bank poet and writer Dalia Taha. Like Alexandra, Sirine has appeared extensively for the RSC in shows such as Beauty and the Beast, Midnight’s Children, Pericles, The Winter’s Tale, The Tempest, A Midsummer Night’s Dream, Tales From Ovid and A Warwickshire Testimony. Other theatre credits include The Keepers of Infinite Space at Park Theatre, The Winter’s Tale, The Taming of the Shrew, A Midsummer Night’s Dream, Twelfth Night and HMS Pinafore all at Regent’s Park Open Air Theatre, and Scorched at Old Vic Tunnels. 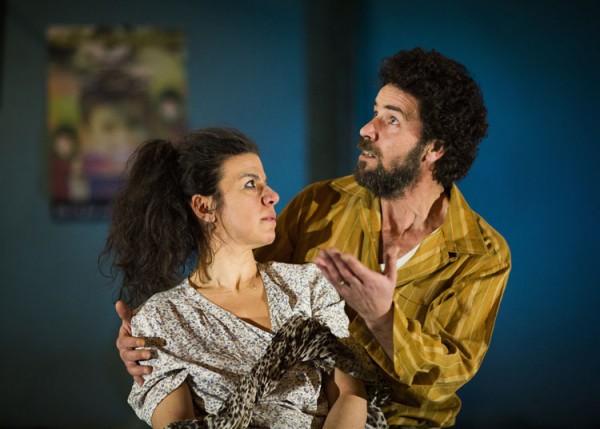 We’ll be keeping you up to date without the latest from The Invisible rehearsal room right up until opening. To find out more about the play or to book tickets just click here.