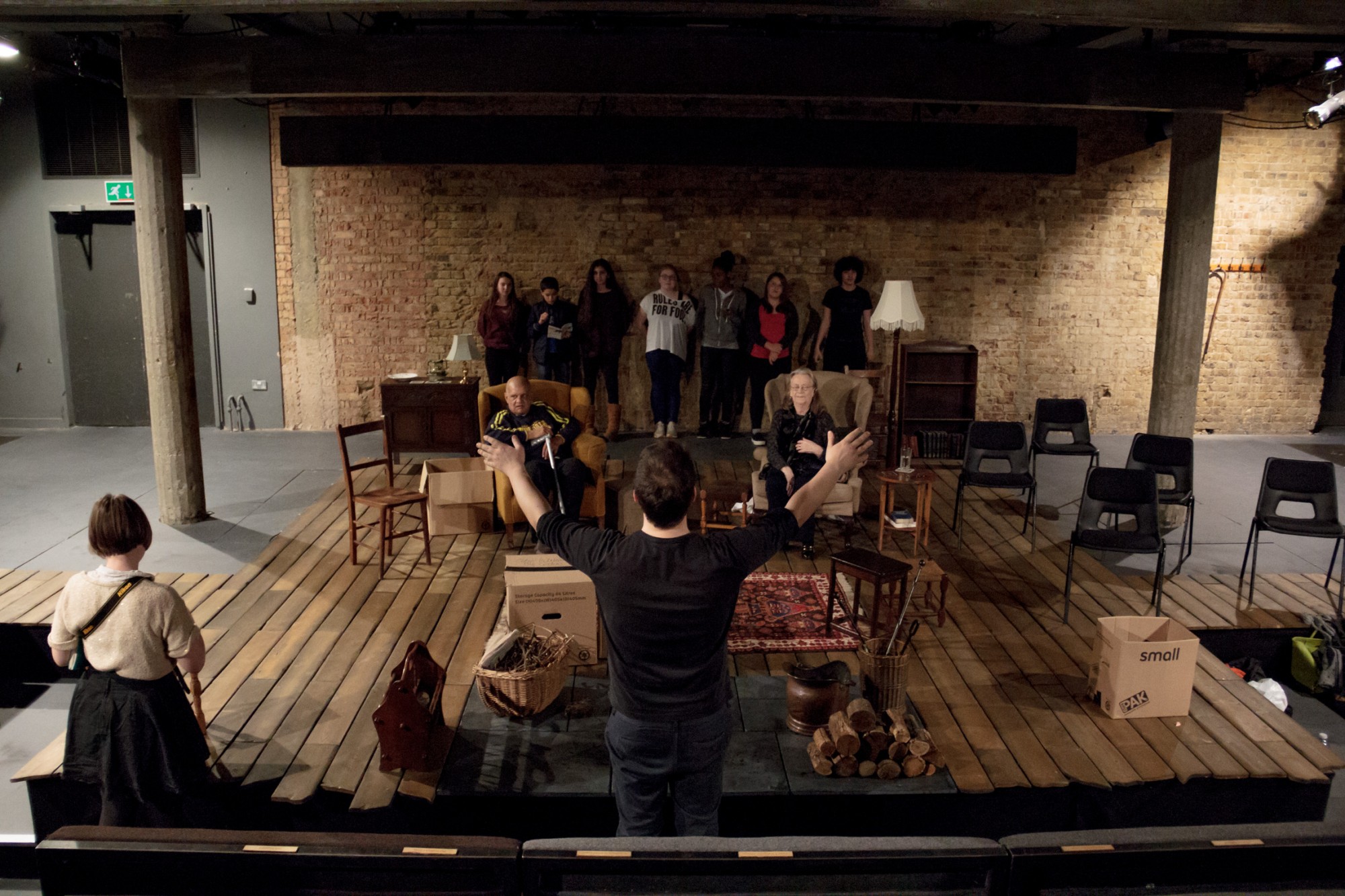 Tom Newton, who is currently on an administration internship at the Bush, tells us about a wonderful community project he worked on with playwright Barney Norris late last year.

In December we welcomed a group of students of Hammersmith Academy and residents of Mary Seacole House to the Bush Theatre to create a short piece of theatre in less than 48 hours.  The intergenerational project, a collaboration between Up in Arms and the Bush Theatre, was set up in response to the production of Visitors by Barney Norris.

Mary Seacole House is a residential home for the elderly, people with dementia and adults with learning disabilities. We teamed them up with year 9 and BTEC students from Hammersmith Academy. The 50 year age gap between the two groups could suggest that these two communities are worlds apart, when in fact all that separates them is a short walk down the Goldhawk Road.  We wanted to know what it is like to in live Hammersmith at very different stages of their lives.

We kicked off the project with the 2 groups participating in separate workshops led by Up in Arms co-artistic director and writer of Visitors, Barney Norris.  Each workshop was driven with two major questions: What is life in Hammersmith like for you? And, what do you think life is like for the younger/older generation?

We brought the two groups together to share their stories and we mapped out their lives in the community. We were struck by how little their paths crossed, even though day to day they were within a mile of each other.  A debate flared when discussing the older generation’s pre-conceptions of young people and how the media can portray them, and it took some convincing that the older generation do not, in fact, have mobility scooters coming out of their ears. Unsurprisingly the older generation were awash with life stories and the students held a flare for improvisation so any fears we had of producing a piece of work in a short time frame quickly subsided. Their stories and discussions inspired a short piece of work with both groups performing together in the Bush Theatre auditorium shared with Bush staff and guests along with lots, and lots, and lots of tea.

To find out more about the Bush Theatre’s community work take a look here.