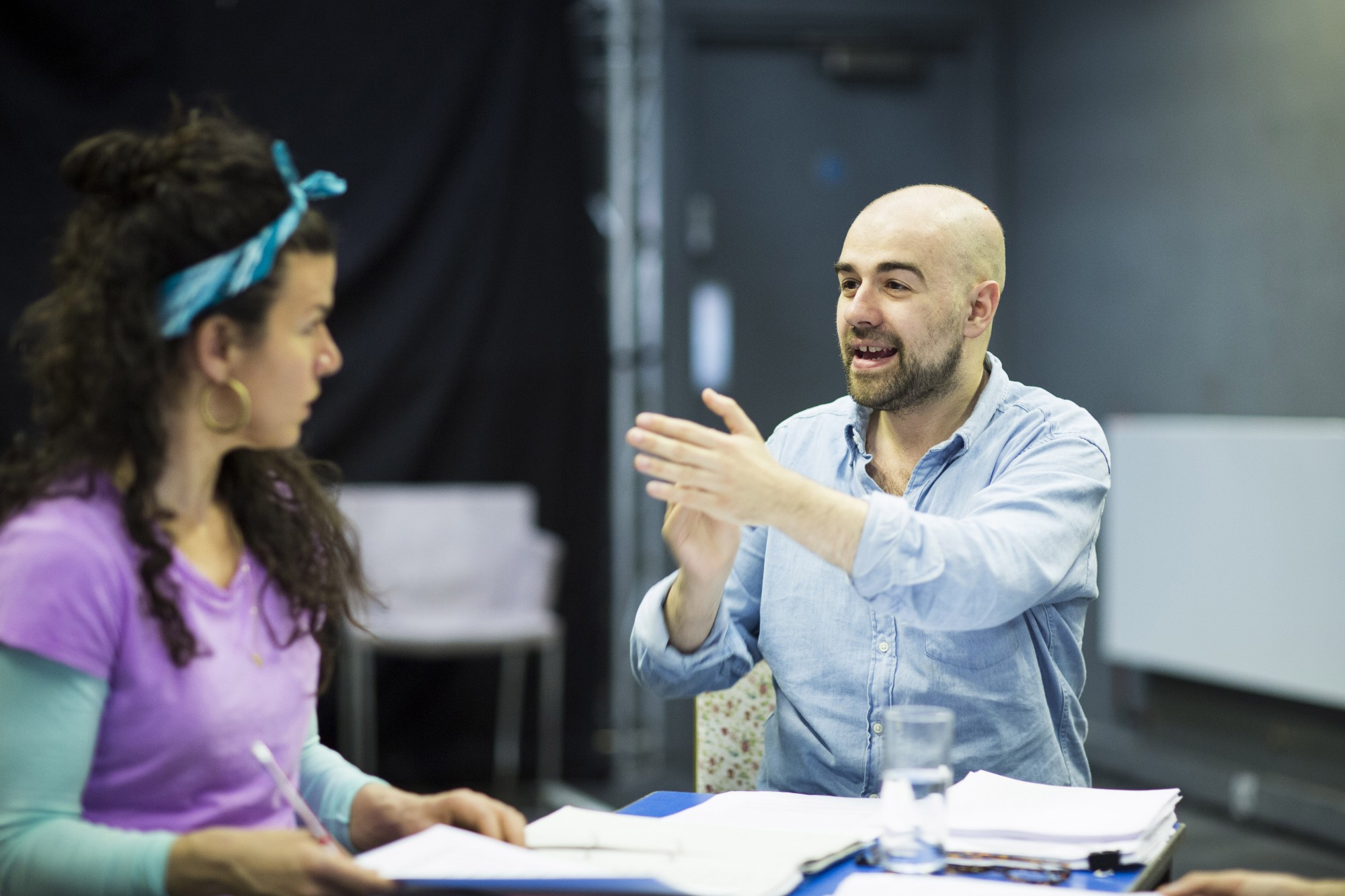 The Invisible | What does written in ‘real time’ actually mean?

Rob Drummer, Associate Dramaturg here at the Bush Theatre, explains what we mean when we say that The Invisible has been written in ‘real time’.

A little over a year ago, Madani [Younis, Artistic Director of the Bush] and I discussed what a new directly political play might look like at the Bush Theatre in 2015, a year of a General Election in the UK. We started to look broadly at what stories could thrive at a time when the national debate would be pulled in a number of directions and what, in that din of politics, did we want to provoke a writer with. It came down to the NHS or Justice and after much discussion we decided that we wanted to interrogate what justice and more importantly access to justice meant in contemporary Britain.

Then, on the Monday 6 January 2014 we were given our provocation, a strike, the first since the 13th century, which saw barristers walk out of courts across the country in protest against government cuts to Legal Aid. This was followed in March by a second strike and at time of writing another is planned for later this year. For us all here at the Bush these strikes shone a light on the little known provision of Legal Aid which had been cut by the previous coalition government by two thirds. We knew that there had to be a story in this and set about pulling together everything we could ahead of commissioning a playwright. 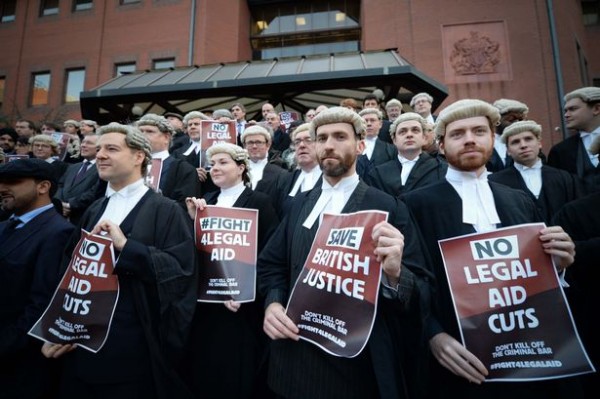 Barristers on strike in January 2015

What I quickly learnt is that these strikes were the tip of the iceberg, intended to stir up public debate and to provoke the government to reconsider its austerity motivated cuts to the Legal Aid budget. Very soon I was swimming in statistics, landmark cases, emotional pleas, case studies from barristers and a great engagement from the legal profession. What seemed to be lacking, beyond the headline grabbing walk outs was a large enough platform with which to tell the stories of those people who were at risk of losing their access to a fair trial, access to legal representation and in the civil cases that became my focus, a real threat to the individuals who were becoming increasingly invisible to the state who seemed to disregard them.

Rebecca Lenkiewicz is a playwright we hold in high regard here at the Bush, a writer who has always brought humanity to a story through beautiful plays that elevate the ordinary and make it extraordinary for an audience. We trusted an instinct that the material would provoke a play and very quickly began working with Rebecca on what now, in week three of rehearsals has become The Invisible. One of the first conversations that I remember having with Rebecca was how we took the material; (already filling folders and stretching to long emails full of online reading) did justice to the context but ultimately championed story, people and real life.

Rebecca is a writer who has always brought humanity to a story through beautiful plays that elevate the ordinary and make it extraordinary for an audience.

To start with this meant inviting a group of experts over to the Bush, we needed help and over the course of several days made sure we had our facts straight and that the play could address the big questions through characters, through stories. We knew that this play was going to be written in real time, over the course of about a year and would need to keep evolving as policy shifted, as Legal Aid made its way in to the news, as we met with more and more people. These early conversations, even now have stayed with us and the play is being supported by a group of passionate individuals who work on the front line: in law centres, in support groups, for charities, for the Law Society (who have also very kindly sponsored the production), and beyond. Their collective expertise and guidance have been invaluable.

From a dramaturgical perspective we’ve always wanted to ensure that the play does justice to the invisible of the title and yet couldn’t do justice to the multitude of stories. Where Rebecca has been incredibly successful in my opinion is in the editing, the careful selection and the meticulous attention paid to real people, who have informed our play. Essentially this means that three characters, Ken, Shaun and Aisha are the focus of our story, their search for justice is the motor of the play and through the eyes of Gail, a solicitor working at the Cromwell Law Centre, the audience have a surrogate through whose eyes we see the drama unfold. 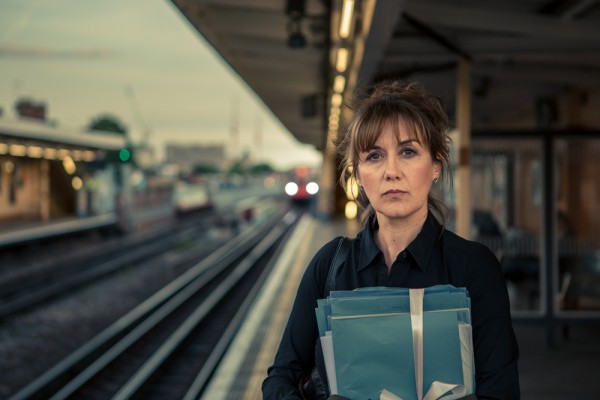 Alexandra Gilbreath as Gail in The Invisible

Of course, over the time the play has been written and even now, almost daily in the rehearsal room we are reminded of how many people have already been affected by these cuts to the Legal Aid budget. We are painfully aware of how much of a threat our legal system is under and forced to accept a future that is not exactly bright and is definitely uncertain, when it comes to ensuring access to justice for all is achieved. We also know that one play cannot tell all of the stories we have encountered. However, by being written in consultation, with generosity and in real time we do hope that it is a vital springboard out of the theatre and back in to the world, a starting point, a rallying cry for increased awareness, for debate to ensure that a cloak of invisibility doesn’t hide more and more from the justice that they rightly are entitled to.

Bravo @sarahpriddyuk on your heartbreaking performance in @bushtheatre House of Ife - a hugely compelling and lyric… https://t.co/bkQLJUNrZr
Sarah Rickman
@SarahRickman_ RT @bushtheatre: As a special birthday treat, join us for FREE at the very first Bush Retrospective🎁 Use promocode 'BIRTHDAY' to book free…
Katie Greenall
@Katie_Greenall 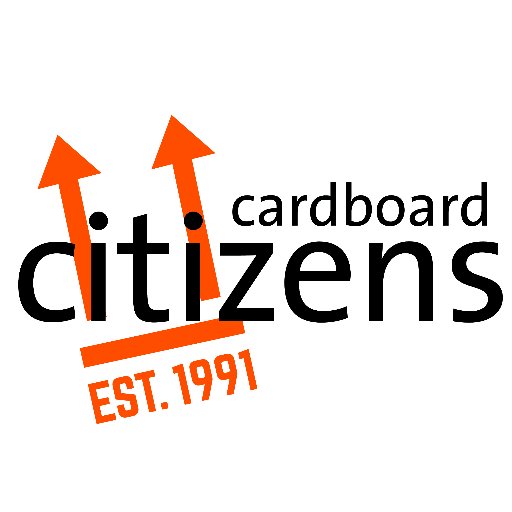 RT @WAPtheatre: Really inspiring session with #CitzWriters - we were lucky enough to chat to @tywilliam14 about all things writing and #Red…
Cardboard Citizens
@CardboardCitz