Why writers’ faces matter: “A radical interpretation of what theatre looks like now”

Zain Dada, our Community Intern, on why seeing the faces of the writers we programme matters. He looks forward to the Bush Theatre’s 2018 Season.

“Diversity,” a term so egregiously applied that its usage has become a tired refrain in the arts and cultural sector.  Once arts institutions, galleries and theatres catch on to terminology, language isn’t hard to co-opt.  But which institutions are taking the difficult and self-reflective steps to address these issues systemically?  Who is championed and who is not? Which stories are given a platform?  If these stories are given a platform, how big is that platform?

“If you want to make a human being into a monster, deny them, at the cultural level, any reflection of themselves.” –  Junot Díaz

The announcement of the Bush Theatre’s upcoming 2018 season underlines a commitment to so many of these pressing questions.  The plays included encapsulate the cultural milieu of both the local and the global, from Vinay Patel’s An Adventure to Going Through by Estelle Savasta to Misty by Arinzé Kene.

The 2018 season comes with a photograph of each and every writer.  Showcasing the faces and names of these men and women has a powerful impact on the psyche of a Black, minority and ethnic writer. These names, these stories and these faces become recognisable. In the process their stories have been platformed, canonised and given a recognition that challenges our ideas of what theatre’s traditionally produce.

“And growing up, I felt like a monster in some ways. I didn’t see myself reflected at all. I was like, “Yo, is something wrong with me? That the whole society seems to think that people like me don’t exist? And part of what inspired me, was this deep desire that before I died, I would make a couple of mirrors. That I would make some mirrors so that kids like me might see themselves reflected back and might not feel so monstrous for it.” 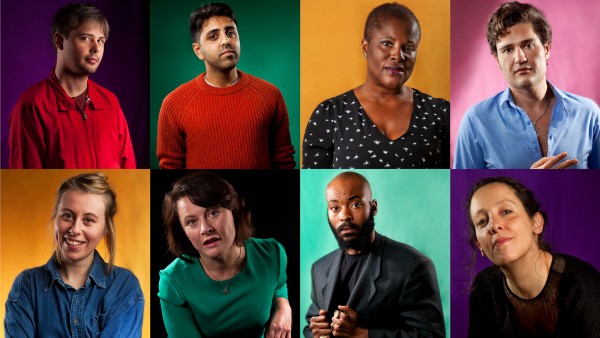 Alongside co-creating and platforming many of the mirrors Díaz describes, the Bush Theatre is committed to reviving classic plays by BAME writers of the past. The Passing the Baton initiative will shine a light on the playwriting trailblazers of yesteryears and stage their work today, offering them the same treatment we would to a Shakespearean classic.

Associate Director Omar Elerian states that Passing the Baton is about emphasising that “these new plays did not emerge out of a vacuum” and that new generations of playwrights are “standing on the shoulders of giants.” The first playwright to be commissioned is Winsome Pinnock, described by The Guardian as the “Godmother of Black British playwriting”.  Her play Leave Taking will take place between 24 May to 30 Jun directed by Madani Younis. Winsome introduces Passing the Baton here.

Beyond the important process of canonising classics, the Bush Theatre’s new season is still focussed on boundary-pushing new writing.  An Adventure by Vinay Patel is a sprawling, 3-hour play with 2 intervals set in 3 different continents. Inspired by the story of his immigrant grandparents journey to this country, it’s a story of loss, love and survival against the odds. Javaad Alipoor’s The Believers Are But Brothers, winner of the 2017 Scotsman Fringe First award looks to challenge audiences in a very different way. The play explores the intersections of the internet, extremism and identity crisis’ which define our modern times. A timely production which will draw the audience into the surreal environment of the dark web. 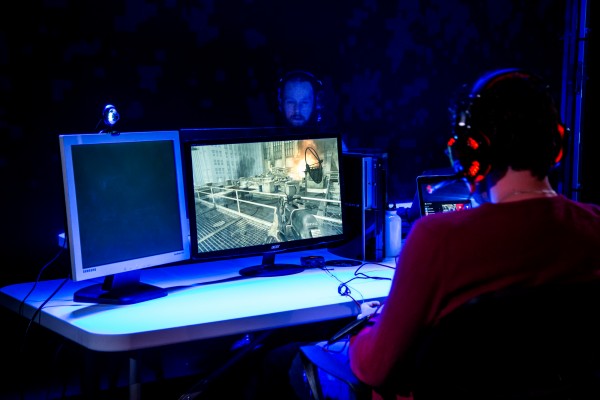 The Believers Are But Brothers. Photo: The Other Richard

Personally, the new season announcement gives me hope that other theatres and art spaces engage in platforming BAME artists in meaningful ways.  Paranoid traditionalists who might decry diversity as cultural erasure misperceive the seismic shifts at play. The tangible move toward theatre which is more representative of London and the wider world led by theatres like the Bush Theatre is not about removal. This is about valuing what is historically (and currently) undervalued and a radical interpretation of what theatre looks like now.  In his collection of short essays; Known and Strange Things, Nigerian-American author Teju Cole hammers this point home: “There is no world in which I would surrender the intimidating beauty of Yoruba language poetry for, say, Shakespeare’s sonnets, or one in which I’d prefer chamber orchestras playing baroque music to the koras of Mali.  I’m happy to own all of it.”