Performed in the Bush Attic space

Sebastian is “that kid” at high school. He’s weird. He smells. He’s obsessed with comics, and talks to himself. But after a catastrophic fallout with his only friend, Claryssa, he wakes up with a moth in a jar by his bed, and a calling to save the souls of all humanity. And so begins the Passion of Sebastian: a journey into a terrifying and starless night.

By turns dark and shimmering, Moth is a firework of a play. Channelling Donnie Darko, Disco Pigs and Copenhagen, it is a fast, funny and heartbreaking story about two young people with nowhere to go.

Please be aware that our attic space is only accessible via stairs. Please do phone the box office to discuss any access requirements you may have

This is a past event
‹ › ×
Designer
Producer
David Luff

David Luff is a theatre and film producer based in London.

Working independently, in co-productions and on freelance projects, he produces work of extraordinary diversity – a potent mix of new writing, devised performance and classic texts, collaborating with the UK’s most exciting writers, directors and artists.

He has premiered work at Traverse Theatre, Young Vic, Soho Theatre, Trafalgar Studios and Arcola Theatre and toured productions throughout the UK and to New York, Berlin and Damascus.

His film productions include the short film Santa’s Blotto which was in the Official Selection London Film
Festival 2012.

Declan Greene is a writer and theatre-maker based in Melbourne. His plays include A Black Joy and Moth, and have been produced at Malthouse Theatre, Sydney Opera House, and The Storeroom. His awards include the Malcolm Robertson Prize (2010), the R.E. Ross Trust Playwright’s Development Awards (2007 and 2009), Green Room Award for Best Original Writing (2010) and the Max Afford Award (2012) for Eight Gigabytes of Hardcore Pornography. 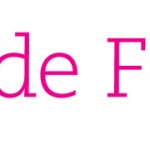 ‘It’s hard to believe that HighTide has only been running its annual theatre festival for six years. It’s already punching far above its weight.’ The Guardian, April 2012

HighTide Festival Theatre are proud to be collaborating with the Bush Theatre for a third time following productions of Stovepipe by Adam Brace (named one of the ten best plays of the decade by The Sunday Times) and I Caught Crabs in Walberswick by Joel Horwood.
HighTide Festival Theatre is a national theatre company and engine room for the discovery, development and production of exceptional new playwrights.

Under Artistic Director Steven Atkinson, the annual HighTide Festival in Suffolk has become one of the UK’s leading theatre events. HighTide’s productions premiere at the festival and then many have toured nationally and internationally in partnerships with co-producers including the Bush Theatre (2008 & 2009), National Theatre (2009), Old Vic Theatre (2010), Ambassador Theatre Group / West End (2011), Headlong Theatre, Soho Theatre, Nuffield Theatre Southampton, BAC, People’s Palace Projects and Theatre503 (2012), to the Edinburgh Festival (2008, 2010, 2011 &2012) and internationally with the Australian National Play Festival (2010) and Public Theater, New York (2012).

HighTide receives, considers and produces new plays from all around the world. Every play is read and the festival is an eclectic mix of theatre across several venues in Halesworth, Suffolk. Our artistic team and Literary Department are proud to develop all the work we produce and we offer bespoke development opportunities for playwrights throughout the year.

Prasanna Puwanarajah is a director, writer and actor. He is an Artistic Associate of HighTide. Recent directing work includes the award-winning film The Half-Light; Spoof or Die for Channel4/Northern Ireland Screen; and The Wages of Thin by Trevor Griffiths (nominated Best OffWestEnd Production in the 2011 whatsonstage.com awards, and the recipient of 5 OffWestEnd Award nominations). In 2011 the National Theatre produced his debut play Nightwatchman, mentioned for the Critics’ Circle Best New Playwright Award. He was a JMK Award Runner-Up in 2011, an Ian Charleson Award Nominee in 2009, and his short film Boy, screened at the London 2012 Opening Ceremony, was seen by an estimated Olympic audience of around six million people. He trained as a medical doctor and has worked extensively in the NHS.

Training credits whilst at RADA include: You Never Can Tell, From Both Hips, The House of Special Purpose, Twelfth Night and The Winter’s Tale.

Stacey plays Claryssa. Stacey is a theatre-maker best known for writing. Lagan at the Ovalhouse Theatre was Stacey’s UK debut and her first play, Perve, which opened at the Abbey Theatre, Dublin in 2011, was a winner at the 2012 Stewart Parker Trust Awards, and has since been produced in Galway, Brisbane and Montreal. She is currently under commission to the Watford Palace Theatre, and has written for National Theatre Connections, the Bush, Rough Magic, Abbey Theatre/Goethe Institut and Paines Plough.

Stacey wrote Spoof or Die, one of the films featured in last year’s Coming Up (Touchpaper/Channel 4).