Sold out
Part of ALT B: Music and Spoken Word
ALT B: Island Vibes with Marissa Music

Prepare yourself for an evening of Caribbean infused music and female-empowering lyrics, as well as a few cheeky surprises. Marissa will be supported by her house band, and a DJ set from Gustavo. This isn’t one to miss.

This is a past event
‹ › ×
Guests
Gustavo

MARISSA
Marissa’s style highlights Caribbean influences, freedom of expression, positivity through the lyrics and instrumentation and encompasses female empowerment. She creates a unique genre-fusing these with commercial pop to bring a different flavour to the music industry. Her fiery Guyanese spirit makes her known to “MASH UP THE PLACE!” when performing live and she is always guaranteed to raise the roof!

In 2013 Marissa became the lead singer of reggae band RawFire. They went on to perform at numerous well renowned festivals, including the Royal Festival Hall, Oxjam Festival, The Ritzy, The Big Noise Festival, Brixton Splash Carnival (2014) to name a few and many more exciting festivals. When RawFire came to an end, Marissa started singing at the iconic Soho venue Jazz After Dark; which is predominantly known for being the place where Amy Winehouse started her career.

In 2018, Marissa successfully reached the Grand Finals of the Open Mic UK competitions. She performed her single ‘Like A Jamaican’ at the Birmingham NEC Arena and received the ‘Showcase Award’. Marissa then went on to release her debut single “Move Your Body Girl” which promotes body positivity and is something that Marissa strongly believes needs to be celebrated.

Marissa recently graduated with an MA in Commercial Songwriting and Production at Tileyard London where she also was awarded the Aston Mic Bursary award. Alongside this award she has been accepted for MOBO Awards Help Musicians Fund and with this is currently recording for her debut EP and next release.

What if your best friend stood between you and greatness? Fair Play is the gritty new play from Olivier Award nomi… https://t.co/v1f6lIGdU9
Bush Theatre
@bushtheatre 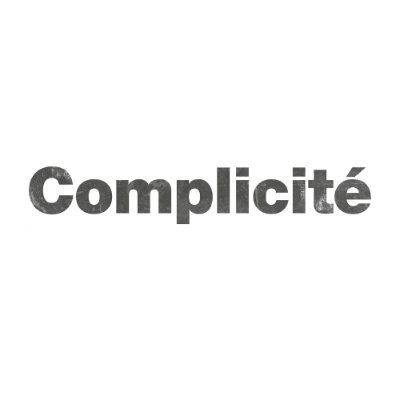 “I’m going to explain what the climate emergency means to us practically from the perspective of a young Black man… https://t.co/m4yIP9PkxP
Complicité
@Complicite

Just a reminder the playwrights Christmas Party is on Sunday 12th December at the Bush theatre in the evening. Come along!
Luke Barnes.
@lukeybarnesy

Book to see this absolute knock-out. The script had my jaw on the floor. the drama! the stakes! the incredible repr… https://t.co/JpYnUhsCVV
Shannon
@Shannon_Tasha