And the Rest of Me Floats

I was born in 1994, then came windows 95,
And I would dive online to be the true me –
A 2cm avatar with a denim mini and a high pony.
Online all the time, to avoid conversation and the frustration of being a he, she, they or me…
I felt free.

And The Rest Of Me Floats is all about the messy business of gender. Performers from across the trans, non-binary, and queer communities weave together autobiographical performance, movement, pop songs, stand-up and dress-up in this anarchic celebration of gender expression and identity.

Playful and powerful, And The Rest Of Me Floats explores how it feels to live in a society where you are regularly categorised and policed. ‘Do you see me?’. Beyond the questions, the confusion, and the anger – ‘do you really see me?’

‘A joy for anyone to experience’
The Guardian  ★★★★

‘Bold and beautifully constructed exploration of gender diversity’
The Stage ★★★★

‘An astonishing theatrical achievement’
Everything Theatre  ★★★★★

Outbox have been making theatre queerly since 2010 in collaboration with LGBTQ+ performers, artists and communities to tell stories in bold and exciting ways.

The Queer House present GET IN THE HOUSE: Thur 7 March

Adam All and Apple Derrieres host a sensational line up of drag king superstars, bringing the acclaimed BOiBOX night to the Bush Theatre for one night only.

This is a past event
"Bold and beautifully constructed exploration of gender diversity"
The Stage
"An astonishing theatrical achievement"
Everything Theatre
“frankly, just f***ing brilliant”
Time Out
“a beautiful messy dance of instructions, rule breaking and expectations”
Exeunt
“stunningly poignant expressiveness”
The Upcoming
"a joy for anyone to experience"
The Guardian
‹ › ×

Ben Buratta is founder and artistic director of Outbox. For Outbox he has directed Affection (The Glory), HOOKUP (Hackney Showroom, Contact), You Could Move (Arcola, Contact), Reach Out and Touch Me (Shoreditch Town Hall), and The Front Room (Drill Hall, mac) and curated and produced Outbox Snapshots (Arcola). Other credits include Rocket Girl (Minack Theatre), Quirks (Southwark Playhouse) Tasty (Arcola), and a wide range of projects and productions for communities across the UK. He regularly collaborates with queer artists and theatre-makers to offer creative support.

Ben is a lecturer and director at Royal Central School of Speech and Drama where he is currently undertaking a practice-based PhD in creating rehearsal strategies and dramaturgies for queer performance. He has been invited to speak about this work internationally, most recently Belgrade, Boston, Sao Paulo.

Jess is a graduate of Guildhall School of Music and Drama and the 2018 Laboratory Associate Lighting Designer at Nuffield Southampton Theatres.  She received the Association of Lighting Designer’s Francis Reid Award in 2017.

Neil trained at Rose Bruford College of Speech and Drama as an Actor-Musician. Theatre credits include Threepenny Opera Theatr Clwyd, Seymour in Little Shop Of Horrors Haymarket Basingstoke, Mary and The Shaman BAC, Mother makes Three, Oldham Colloseum and the National Tour of Happy End. He has written music for TV and Film- including The Muppets Most Wanted which he considers his best and most ridiculous work. He went on to be an Associate at the National Theatre and Drama consultant at the Barbican before founding The Primary Shakespeare Company, an Arts Educational Charity working with mainstream and specials schools across London.

Rūta is a London based freelance designer for performance. She trained in Performance Design and Practice at Central Saint Martin’s College of Art and Design, graduating with a first class diploma in 2013. She was a shortlisted finalist for the Linbury Prize for Stage Design 2013.

Rūta is a returning visiting professional at Central School of Speech and Drama where she works with Drama, Applied Theatre and Education students to create designs for their devised pieces.

She is associate designer for The Herd Theatre and has repeatedly worked with Outbox Theatre and inclusive theatre companies Blink Dance Theatre and Face Front. 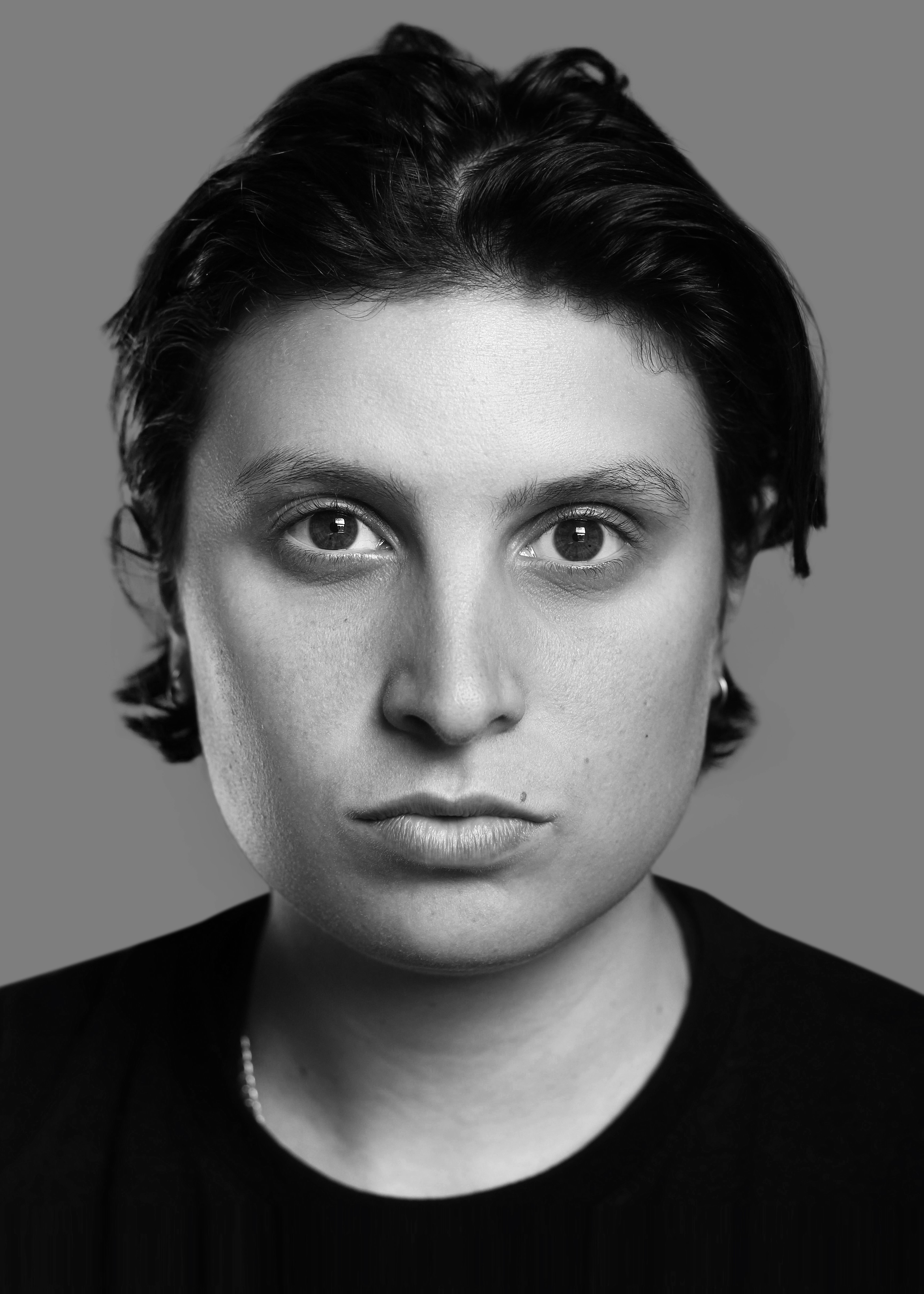 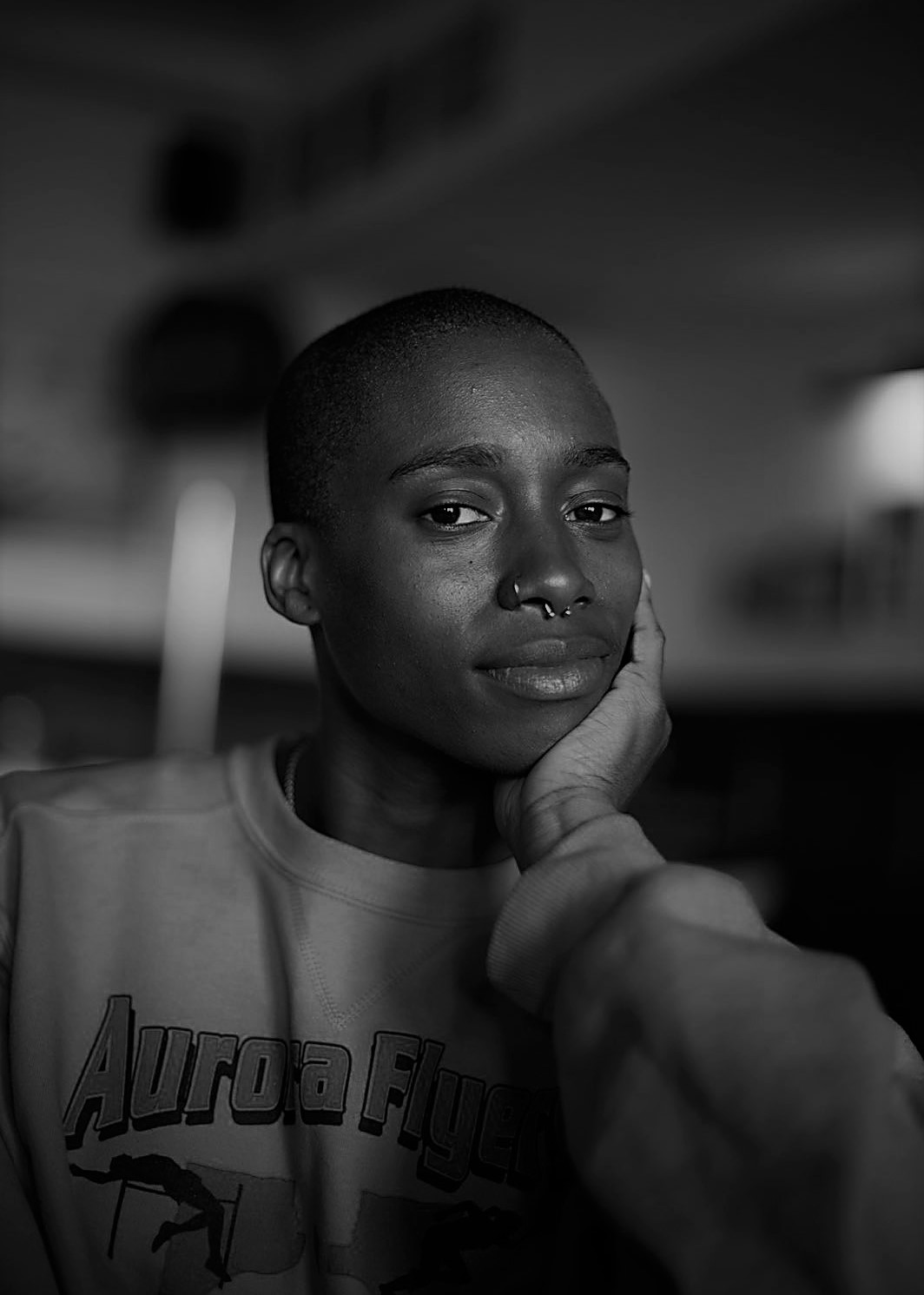 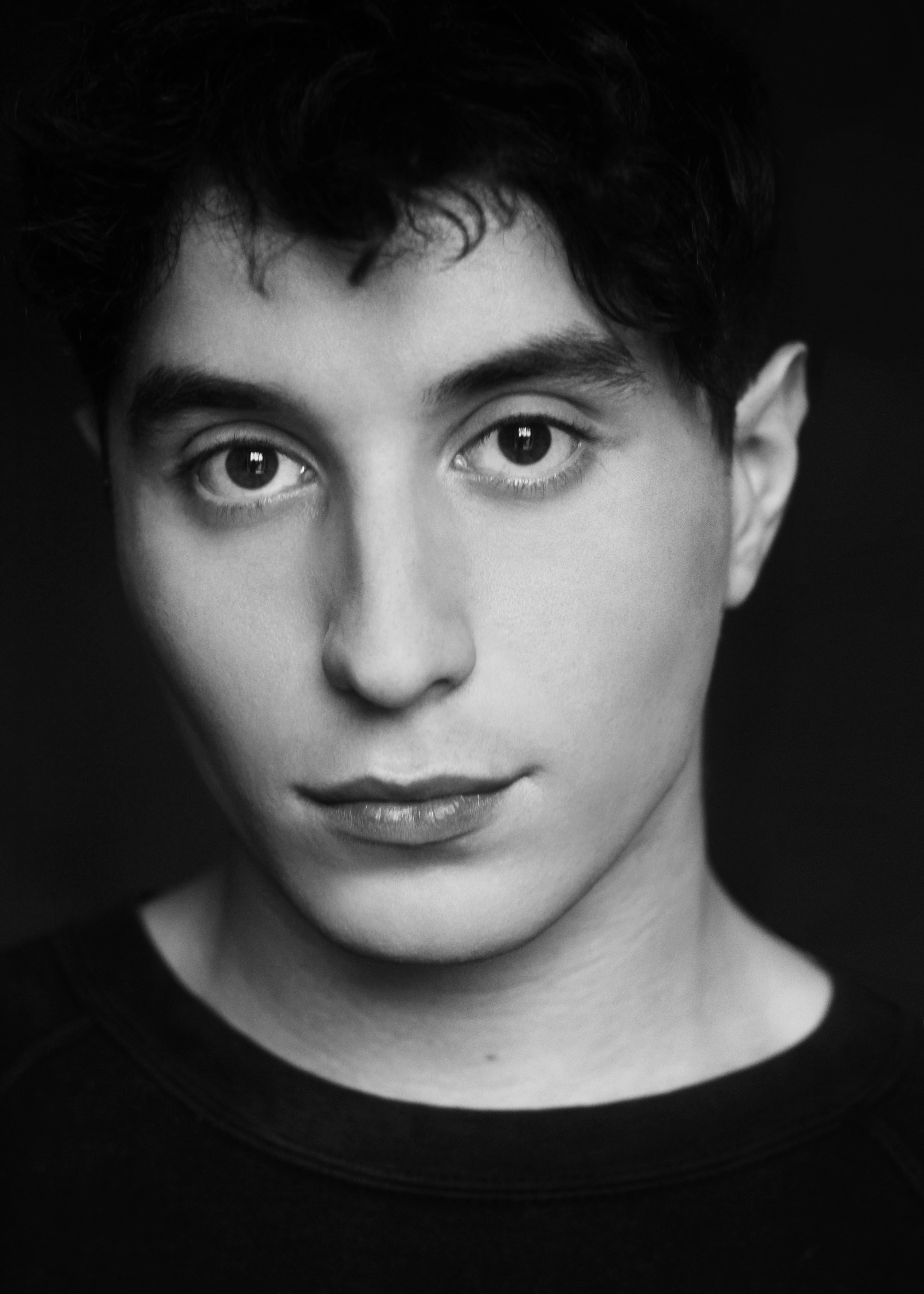 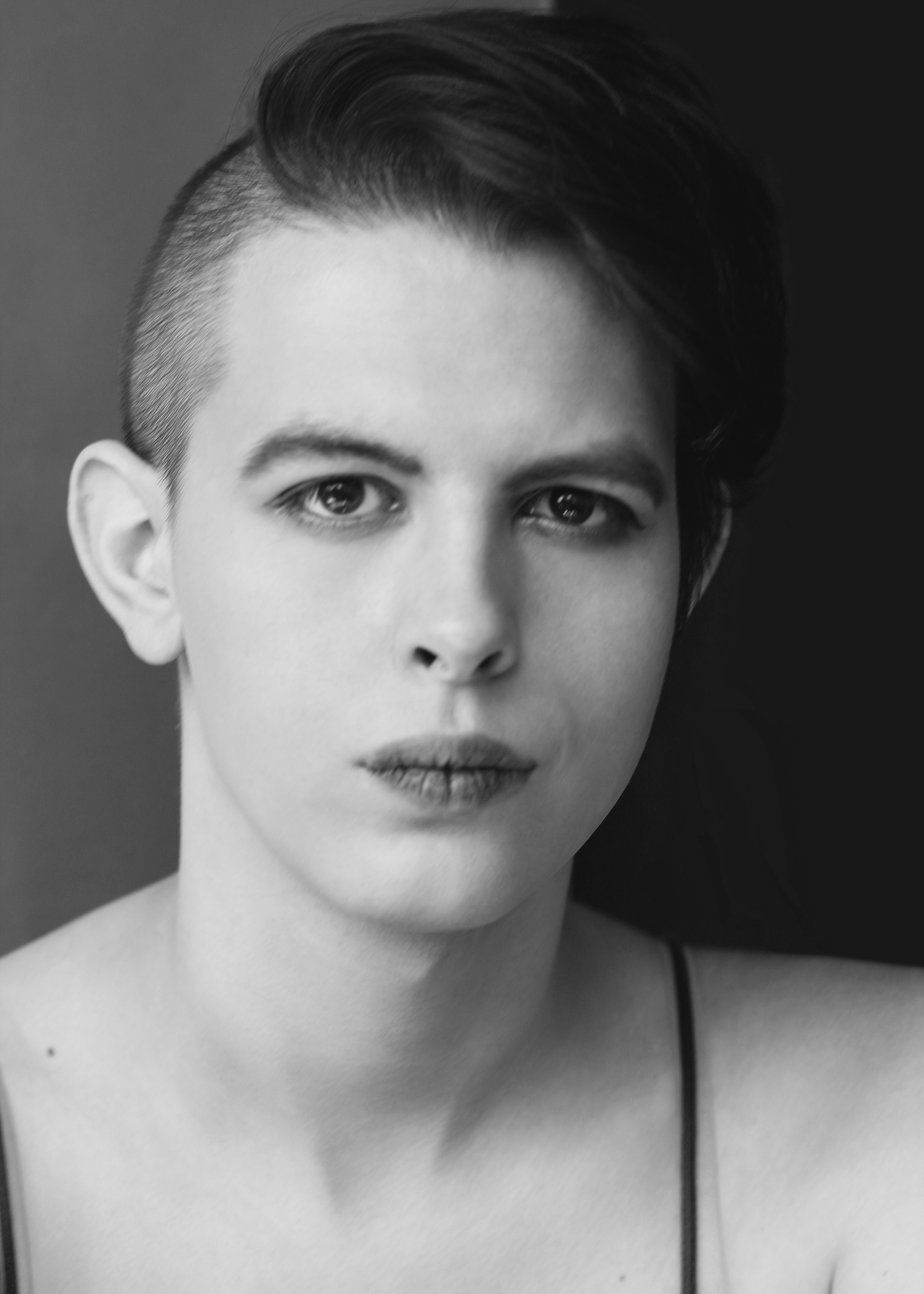 Emily Joh Miller
Emily is a queer actress, theatre-maker and musician. In addition to her work with Outbox she has performed with Mess up the Mess in Humanequin (Wales Millenium Centre), None of Us is Yet a Robot in Emma Frankland's production of Galatea (University of Roehampton/Shakespeare Institute/The Kit) and contributed to a site-specific performance piece about the dangers of trans bathroom laws (V&A Museum). She has also carried out R&D work on various projects including Angels (She's Diverse), GRC (Things For Your Eyes To Look At) and Orlando (Clay & Diamonds). In addition to her work in theatre she trains and performs as a pro wrestler with women's wrestling collective Burning Hearts. 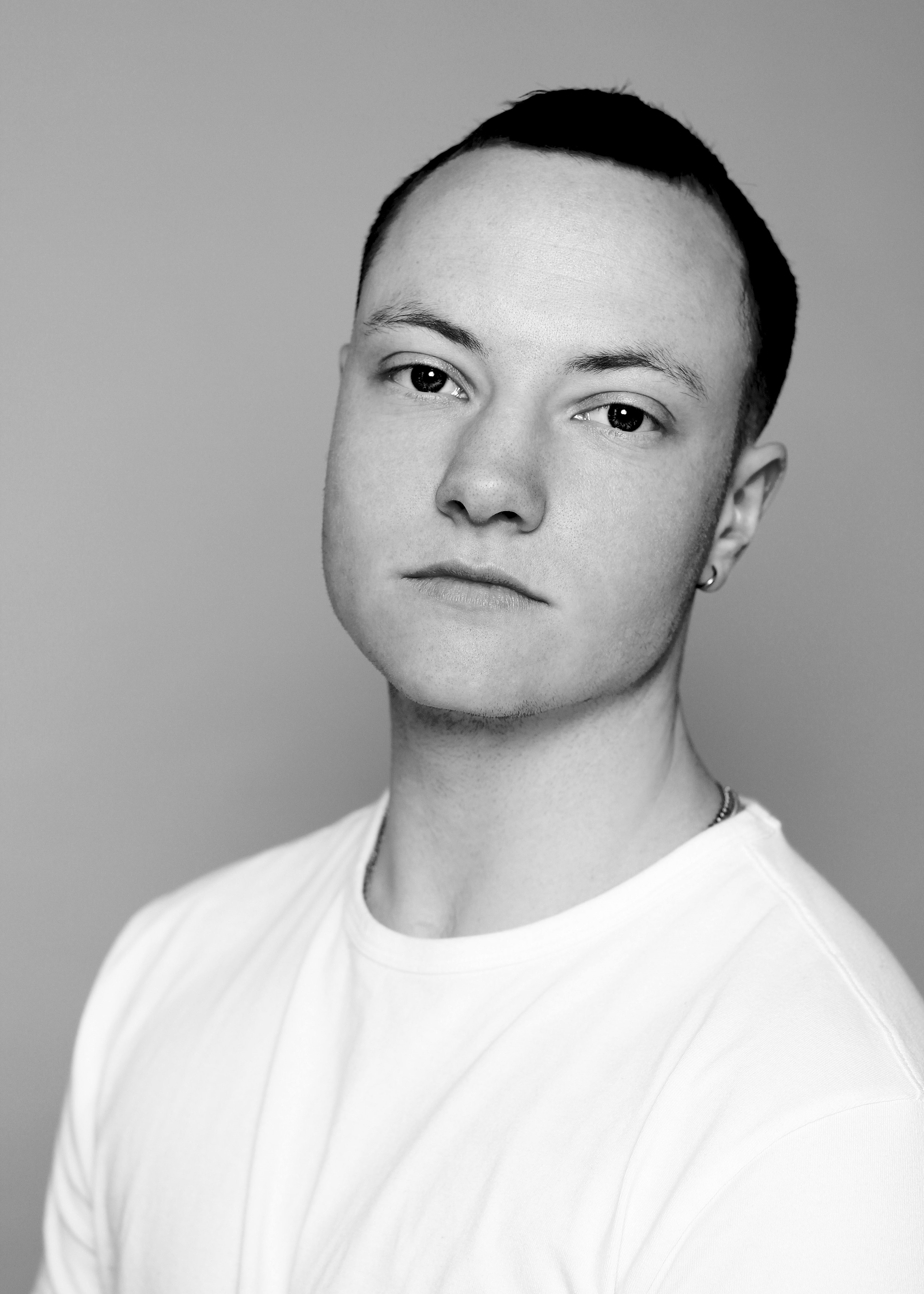 Elijah W Harris
Elijah is an actor and writer working in film and theatre. Elijah’s acting credits include The Butch Monologues (Birmingham Rep, Soho Theatre, WoW Festival), Brand New Boy (Contact Manchester, The Marlborough Theatre), Corpus Christi (Arcola), Affection (The Glory), Hotel Bastille (Camden People's Theatre), The Poetry We Make (RADA Festival, The Old Red Lion) and Rituals in Romance (Spill Festival). He has also appeared in three award winning short films including: Bleach (dir. Jesse Lewis-Reece) and Dusk (dir. Jake Graf). Elijah is currently writing a feature with Tallulah Haddon and Delaval Film, as well as working on a series for TV with co-writer Yasmin Zadeh. Elijah is a writer for Dazed Beauty and regular contributor to Ladybeard Magazine. He is 'well excited' to be on stage at the Bush Theatre. 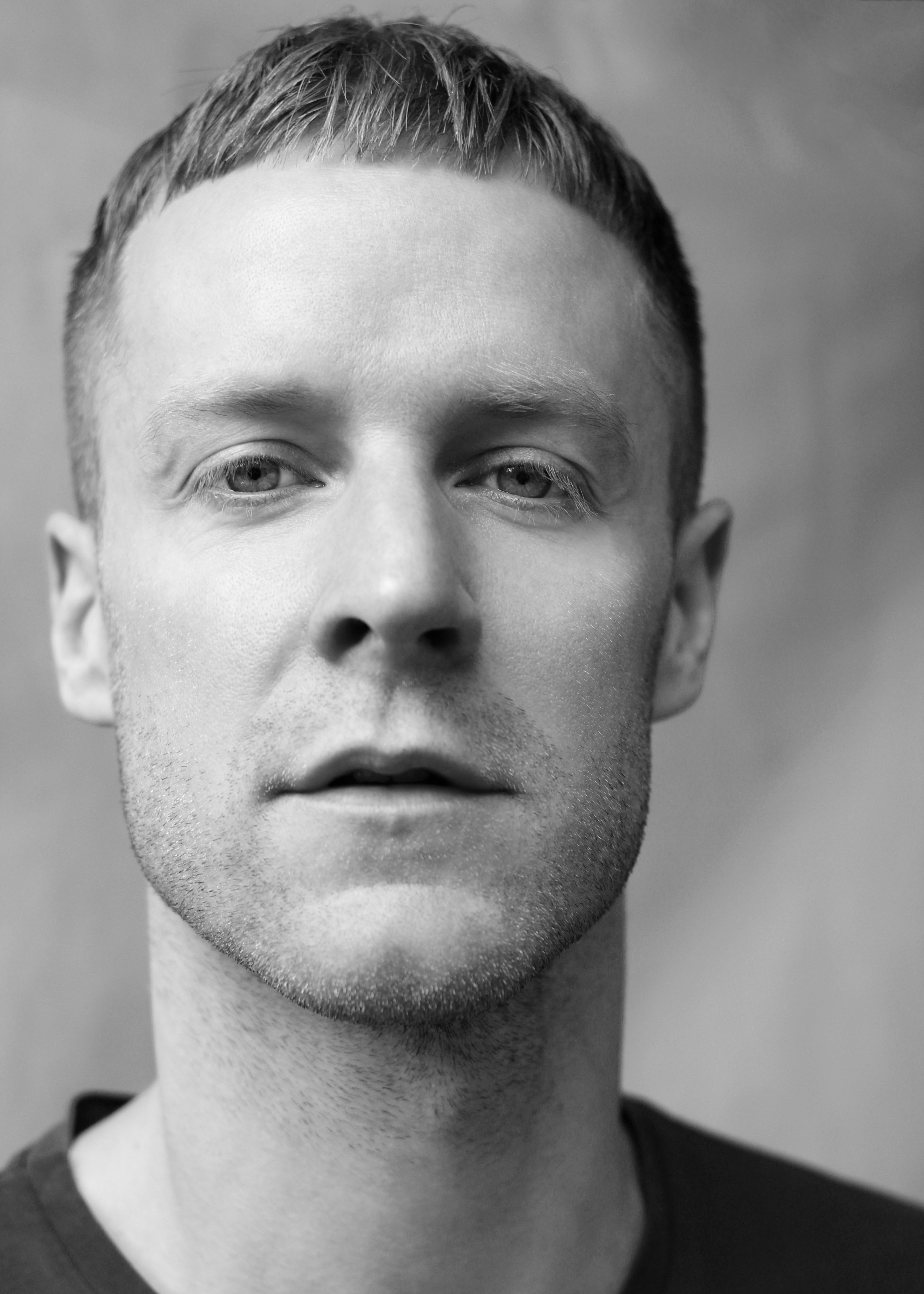 Barry Fitzgerald
Barry is a performer, theatre-maker and an Associate Artist of Outbox. With Outbox, Barry has performed in Affection (The Glory), HOOKUP (Hackney Showroom), You Could Move (Arcola) and Reach Out and Touch Me (Shoreditch Town Hall). Other credits include A New Order (BAC/The Yard), The Lost Lending Library (Punchdrunk), Cleaveden Road (Marlborough Theatre), Belfast Boy (Etcetera Theatre), The Meeting (Pleasance Theatre). As a theatre-maker and facilitator Barry has worked with the Almeida Theatre, Arcola, Gendered Intelligence, Hackney Shed, Royal Court and Unicorn Theatre. 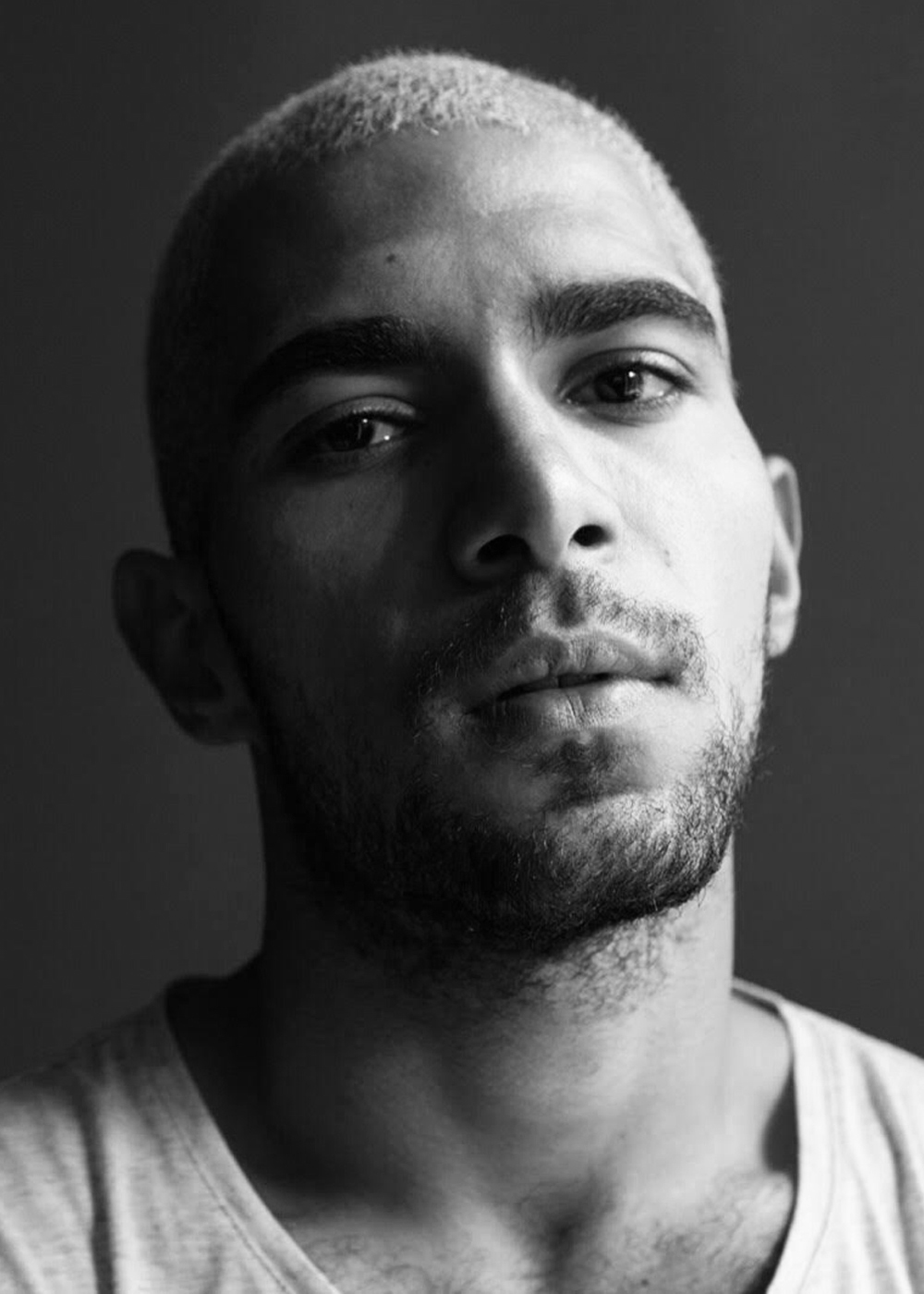 Josh-Susan Enright
Josh-Susan is an actor, dancer and performance artist. With Outbox Josh-Susan has performed in Affection (The Glory), The Front Room (Drill Hall) and SSA (Central). Other credits include: The Squash (Tate Britain), Pray your wings will carry you (Full Disclosure), Where The Lines Are Drawn (Little Fish), Dancer (The Glory NT River Stage).