“… me and Caz are both fully out, like openly, hundred percent, it shouldn’t be a surprise.”

Liam is 15 and he’s just signed up for Bev Road Baths’ first ever synchronised swimming team. It’s for his best mate Caz really. She needs to get a team together to win the annual Project Prize at school. She tries every year. She always loses. But Liam’s an optimist, he’s determined to help. There’s just one problem. Liam can’t swim.

“show with bags of charm […] carrying the audience away on a tide of affection.”
British Theatre

“Matthew Robins’ music and Wells’ lyrics feel like Victoria Wood for a new generation.”
The Stage

“…the play speaks to the kids who don’t get invited to the cool parties, the ones for whom seeing gay characters without a bully in tow is a rarity. In its understated awkwardness, Drip finds moments to glow”
The Guardian

The original production was supported by Hull City Council and Hull UK City of Culture. It had its London premiere at the Bush Theatre in November 2017.

This is a past event
"cuts surprisingly deep, blessed with both tenderness and a beautiful sense of tentative hope" on The Kitchen Sink
Daily Telegraph
‹ › × 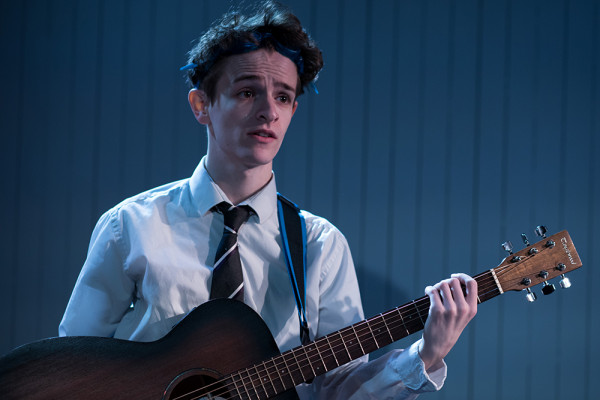 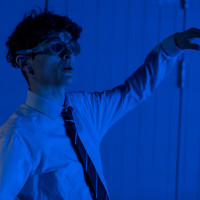 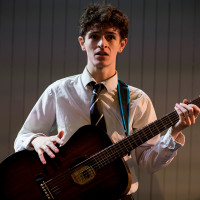 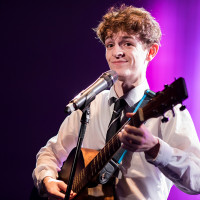 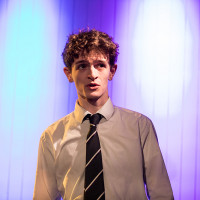 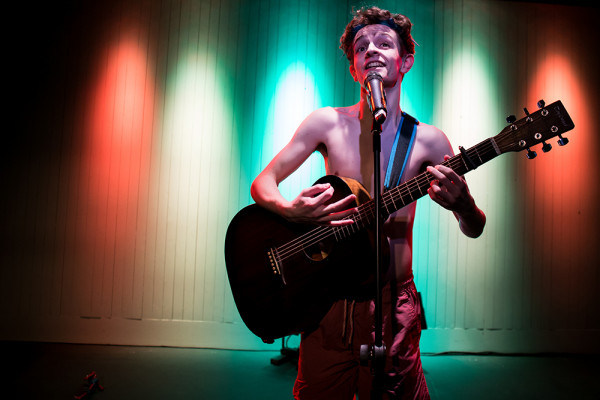 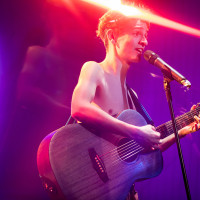 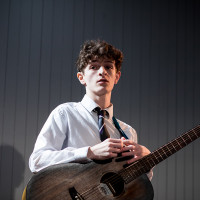 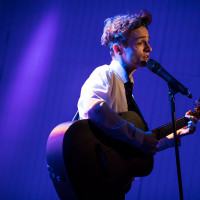 Boundless Theatre creates exhilarating, relevant and shareable theatre with and for teenagers, young adults and curious others, responding to a vibrant and diverse global culture. We promote conversation, collaboration and exchange across the UK, Europe and internationally.

The company has continued to push the boundaries of work for this audience since it was established 15 years ago.  Under Rob Drummer’s new artistic direction, the company has a bold new brand that celebrates the unlimited potential of our young adult audience. Their most recent production, Natives by Glenn Waldron, was highly acclaimed by critics and audiences alike.

Beyond their work on stage they empower and inspire teenagers and young adults through a range of opportunities across the UK. Through their Associates programme and artistic development initiatives they invest in future artists now, and empower a new generation of artists to be extraordinary.

Matthew is a multi-disciplinary artist from the West Country. His work includes animation, puppetry, short films, sculpture, and music, and he regularly tours with his band, performing stories about animals, death, monsters, the ocean, and love. Drip is Matthew’s second song-writing collaboration with Tom Wells; they previously worked together on Tom’s play Broken Biscuits in 2016. As a film-maker Matthew has recently made stop-motion music videos for Passenger, Sivu, and Led Bib, as well as animations for the Barbican, Opera North, Dumbworld (Peter, Lily and the Nose, winner of the audience choice award at the Capital Irish Film Festival), Tori Amos (The Light Princess at the National Theatre) and Phil Collins (Tomorrow is Always Too Long, for the 2014 Glasgow Commonwealth Games).

Matthew’s recent work for theatre includes writing and performing Flyboy is alone again this Christmas, and Lullaby – both for the Barbican, and designing and making puppets for Something Very Far Away for the Unicorn Theatre, A Most Peculiar Wintry Thing for the Ark in Dublin, and Laila – a new musical at Watford Palace Theatre. Matthew recently directed and designed an adaption of Ted Hughes’ The Iron Man for the Unicorn Theatre in Southwark and a collection of Matthew’s animations, songs and mechanical puppet installations is on permanent display at the Science Museum in London in the Information Age gallery.

Script Club (the new name for Root Theatre) discover, develop and make new work.  Work that combines theatre and activism.  Work that is political in the stories it tells and the way it is made. That’s what gets them out of bed in the morning.

The flagship project is Script Club. They take a writer back to their hometown to create a new play with and for the local community.  The first Script Club play was Cosmic by Tom Wells (Hull and East Riding); the second was Germ Free Adolescent by Natalie Mitchell (Medway); and the third will be Drip, their first musical, back in Hull with writer Tom Wells and composer Matthew Robins.
Words
Tom Wells

Tom Wells lives in Hull. His previous plays at the Bush Theatre include: The Kitchen Sink (which won the Critics Circle Award for Most Promising Playwright and the George Devine Award) and Jumpers For Goalposts (Paines Plough / Hull Truck / Watford Palace).

Other credits include: Ben & Lump (Channel 4); Jonesy (BBC Radio 4); and pantos for Middle Child, Hull and the Lyric, Hammersmith.

He is currently under commission to the Royal Court and the National Theatre, and is an Associate Artist of Middle Child. 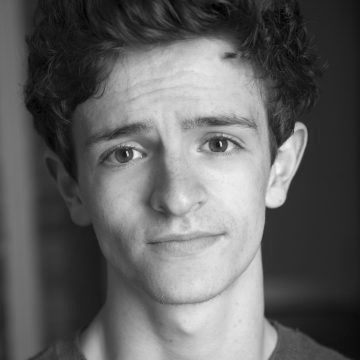