Unwrapped: a festival of comedy, cabaret and drag
Curated by Victoria Falconer
Sold out
Part of Unwrapped: a season of cabaret, comedy and drag
Dusty Limits: Mandrogyny

How did a little boy obsessed with dinosaurs grow up to be a louche singer in makeup and heels?

‘The Trailblazer’ of London cabaret (Time Out) sings original songs about lost love, temporarily misplaced love, self-love and radical social policy, and tells stories about his life (which may or may not be true). Featuring long-time collaborator and acclaimed composer Michael Roulston on the piano.

“One of the Fringe’s masters of cabaret”
The Scotsman ★★★★

This is a past event
‹ › ×
Artist
Dusty Limits

Dusty Limits is a singer, comic, actor, director, lyricist and compere and one of the most celebrated figures on the UK cabaret scene. A multi-award-winning artist, he has performed in cabaret for over 20 years, everywhere from Joe’s Pub in New York to backroom bars in Berlin, across the UK, Europe, Australia and New Zealand, and is acclaimed for his powerful voice and skills as an interpreter of song. Michael Roulston is one of the capital’s most in-demand accompanists and musical directors, and won the Spirit of the Fringe award in 2016 in recognition of his outstanding work as a composer, arranger and MD. His list of collaborations reads like a Who’s Who of contemporary cabaret and includes Dillie Keane, Meow Meow, Christine Bovil, Barb Jungr and La Poule Plombée. Together Michael and Dusty have written and recorded two albums of original songs, ‘Grin’ and ‘Life & I’, to great acclaim. 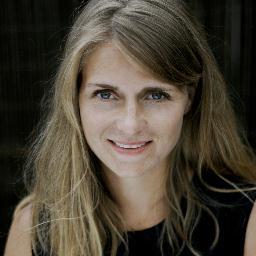 So super hyped. Just booked my ticket to see @tamashatheatre @graeae 10 Nights at @bushtheatre starring the wonderf… https://t.co/p3TOCKZA7v
Beth House (she/ her)
@BethHouse12

So super hyped. Just booked my ticket to see @tamashatheatre @graeae 10 Nights at @bushtheatre starring the wonderf… https://t.co/p3TOCKZA7v
Beth House (she/ her)
@BethHouse12

Pleased to hear that @graeae and @tamashatheatre’s co-production of ‘10 Nights’ has had its run extended at the… https://t.co/BiMbcr7y1C
Liam O'Dell
@LiamODellUK