‘The sky set on fire, and I can feel the light in my bones.’

When a mysterious cosmic event hits, a group of unsuspecting teenagers are suddenly granted superpowers and together they must work out what to do with their newfound abilities. But quickly, their new world of endless possibilities starts to crumble as trust is shaken, lines are drawn and conflicts erupt.

As the group clash, an ominous threat looms closer and closer, forcing them to fight for their survival. Sure to keep you on the edge of your seat, HORIZON is a thrilling, witty, superhuman coming of age story about the quest to find your place in the world.

Tickets for this event are Pay What You Decide

Tickets are available from £0 to £15. Seating is unreserved.

Abigail Sol is a director of film and theatre. Her work champions untold narratives from systemically excluded voices, centring coming-of-age stories about Black women and girls. She is interested in exploring resilience, passion and the turbulent beauty of our human condition.

Abigail is the Founder and CEO of Uproot, a Black-led arts production company that formed with the aim of offering responsive and transformative solutions. She is motivated by a core belief in art’s potential for collective healing and works as a trainee Dramatherapist, with years of experience facilitating drama groups with young people.

Director credits include: Crown by Thara Popoola (BBC Two, London Short Film Festival), Les Be Anne by babirye bukilwa (Young Vic), This Is Black 2.0 the Online Experience (Uproot), Put Me On by Lauren Marshall (Music Video), I AM [NOT] KANYE WEST by Natasha Brown (Bunker), PYNEAPPLE by Chantelle Alle and Melissa Saint (Bunker), The Lost Ones by Amina Koroma (Ovalhouse).

Ariane Nixon loves all things lights! Ariane graduated from the Royal Academy of Dramatic Art in 2018 and has since worked with a wide range of companies and organisations such as Artichoke, Sadler’s Wells, RashDash and, of course, Bush Theatre. Ariane’s lighting design credits include creating a high octane light show for riot grrrl gig-theatre piece Sugar Coat and live watery visuals for xvelastín’s sound play [whalesong]. Ariane has been with the Bush since last August and is returning to freelance life at the end of this summer’s Young Company season.

Elliot ‘Eli.P’ Popeau-George is a music producer, composer and sound designer based in East London. He is co-founder of Meta-Sama Sound Co, an electronic music production collective and label.

Elliot’s score work has been showcased in theatre and film, most recently working with Bush Theatre’s Young Company and again in dance short The Noise My Leaves Makes, which debuted at The Unit. As a music producer, Elliot has released music throughout his career, his sophomoric EP ‘Opals’ receiving critical acclaim and played on Reprezent Radio and BBC 1Xtra.

Kwame Owusu is a writer and director based in London. He is passionate about bold stories that amplify unheard voices and explore what it means to survive and be alive in the world today. His first play, Resist, is about political radicalism, and his second, Dreaming and Drowning, is about a young man navigating racism and searching for belonging. Kwame recently finished the Bush Theatre’s Emerging Writers’ Group 2020/2021. He is also the Resident Assistant Director at the Lyric Theatre, Hammersmith and a Young Associate at the Gate Theatre.

Maja Lach is a freelance stage manager and migrant based in London. Originally from Poland, she had never lived this close to the sea before and has been consistently cold since 2018. She is interested in accessible theatre, focusing on disability, neurodiversity and immigrant issues.

Her recent credits include How Disabled Are You? (Park Theatre), Diary of a Somebody (Seven Dials Playhouse), Transit (Cockpit) produced as part of Voila! Europe. She wants to amplify queer, migrant and minority voices in theatre, starting with her own.

Peter Butler is a winner of the Linbury Prize for Stage Design 2021.

Ruth Burgon is a graduate of LAMDA and primarily works in new writing. Credits as Production Manager include Never Not Once (Park); BACK UP! (Bush Theatre); Nora, Let the Right One In (LAMDA). As Props Supervisor: Old Bridge (Bush Theatre). Stage Management credits include: Black is the Colour of My Voice (Seabright Productions); Coming Clean (King’s Head); Six (Bunker Theatre). 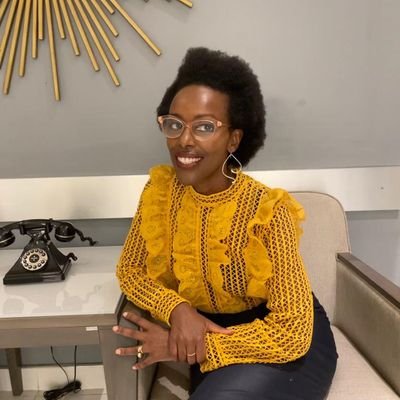 Had such a fun evening last night at the @bushtheatre watching #Horizon - A clever, hilarious, superhuman coming of… https://t.co/hmsGzDqyve
Amin Ali
@TheAminAli