Sold out
Jumpers for Goalposts

Luke wants Danny, but Danny’s got a secret. Joe’s happy in goal but Geoff wants a headline gig. Viv just wants to beat the lesbians to the league title. Game on.

A hilarious and heart-warming story about football, friendship and finding your way from Tom Wells, winner of the George Devine Award for Most Promising Playwright 2012 for the smash hit comedy THE KITCHEN SINK (***** Telegraph) produced by the Bush.

This is a past event
“Tom Wells’ drama finds extraordinary beauty in the ordinary lives of its characters.”

Charles has been a Freelance Lighting Designer since 1987, working in theatre, dance and opera.

James previously collaborated with The Angry Brigade playwright James Graham at the Bush on The Whisky Taster. Other credits for the Bush Theatre include Jumpers for Goalposts by Tom Wells, Psychogeography by Lucy Kirkwood, Artefacts by Mike Bartlett

For Paines Plough James has also directed An Intervention and Love, Love, Love by Mike Bartlett , Hopelessly Devoted and Wasted by Kate Tempest, The Sound of Heavy Rain by Penelope Skinner, You Cannot Go Forward From Where You Are Right Now by David Watson, Tiny Volcanoes by Laurence Wilson and Fly Me to the Moon by Marie Jones.

Further directing credits include Translations (Sheffield Theatres / ETT / The Rose, Kingston) A Nobody (66 Books) by Laura Dockrill, St Petersburg by Declan Feenan, Kitchen, Bedtime for Bastards and Nikolina by Van Badham, Old Street  by Patrick Marber and When Cheryl was Brassic by Leo Richardson (nabokov), The List by David Eldridge (Arcola).

Lucy has previously designed Wrecks, Broken Space Festival, 2,000 Feet Away, Tinderbox and The dYsFUnCKshOnalZ for the Bush Theatre (with whom she is a former Associate Artist).

Lucy graduated from Motley Theatre Design School in 2003, having also gained a BA in Fine Art from the University of Newcastle.

Tom Wells lives in Hull. His previous plays at the Bush Theatre include: The Kitchen Sink (which won the Critics Circle Award for Most Promising Playwright and the George Devine Award) and Jumpers For Goalposts (Paines Plough / Hull Truck / Watford Palace).

Other credits include: Ben & Lump (Channel 4); Jonesy (BBC Radio 4); and pantos for Middle Child, Hull and the Lyric, Hammersmith.

He is currently under commission to the Royal Court and the National Theatre, and is an Associate Artist of Middle Child.

Television includes: Emmerdale, Distant Shores, Shakespeare Stories: Much Ado About Nothing and The Taming of the Shrew, 55 Degrees North, FC Dave, Cocaine Nation, Rum, Sodomy and the Lash, The Bill: Beech is Back, Forest People, Kid’s Court.

Film includes: Goal 2: Living the Dream, Peter, How to Film Your Neighbour, The Notebooks of Cornelius Crow, Mystery Play. 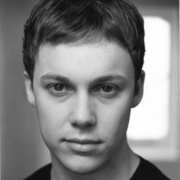