Three generations of Dublin women. One extraordinary year. A journey of courage, comedy and romance in the award-winning hit of the 2009 Edinburgh Fringe Festival.

Happy-go-lucky Amber, fresh out of school, is high on life, double sambucas and boyfriend Paul. That is until the 'indigestion' starts.

Her mother Lorraine attacks a customer at work and now she's seeing a 'head doctor'. She's told to do one nice thing for herself each week. Time to sign up for salsa classes.

Nanny Kay, meanwhile, is finding life on the wrong side of sixty frustrating. Ailing husband Gem doesn't like the neighbours coming in to 'mind' him, and she's missing more than just his conversation.

And if all that wasn't bad enough, Little Gem makes his presence felt and life is never the same again.

Little Gem is Elaine Murphy's debut play. Premiering at the Dublin Fringe Festival in 2008, it picked up the Fishamble New Writing Award and the Stewart Parker/BBC Drama Award. In 2009, the play transferred to the Traverse Theatre as part of the Edinburgh Fringe Festival, where it won the Carol Tambor Best of Edinburgh Award.

In response to Little Gem, our resident company DryWrite Presents:

Sit down Mum, I have something to tell you…

What does it take for an audience, as a family, to choose one thing they can't forgive of one of their own?

For the last week we have been asking Bush audiences if they could imagine a family member doing something they would find unforgivable. Playwrights Steven Hevey, Tim Cowbury and Melissa Manteghi have each choosen one offense and will confess it to you, their family. All three will beg your forgiveness, but only two may be absolved…

Join us for an eye-opening performance about morality, family and forgiveness.

Free to all Little Gem ticket holders. Subject to availability

This is a past event
‹ › ×
Designer
Alice Butler

Before leaving Dublin to study at the Motley Theatre design Course in London, Alice assisted Cisato Yoshimi on her design for Ulick O'Connor's Submarine directed by Caroline Fitzgerald. After finishing the course, which ended with an exhibition at the National Theatre, Southbank, Alice worked as set builder and costume maker for Reverence; A Tale of Abelard and Eloise at the Southwark Playhouse in the vaults under London Bridge. She then went on design set and costumes for One In Five, by Penelope Skinner at the Kings Head Theatre, and the Slow Sword, a new Russian play directed by Noah Birksted-Breen for Sputnik Theatre Company at the Old Red Lion, both in Angel, North London.

On returning to Dublin she assisted designer Chisato Yoshimi on Deirdre's Sorrows; Two versions by W.B. Yeats and Ulick O'Connor for a series of performances at the National Theatre.

Mark Galione was born and raised in England and started his career there with designs for Nigel Charnock, Emilyn Claid, Ricochet, Small Axe, Gaby Agis, The Royal Ballet, Sherman Theatre and Soho Theatre Companies. In Ireland, Mark's designs include 14 numerous works for Irish Modern Dance Theatre and Dance Theatre of Ireland; Dish of the Day for Cois Ceim, The Muesli Belt for The Peacock, Translations and Rent for Hands Turn. As You Like It for Classic Stage Ireland, God's Gift, Moby Dan, Dog, Nightmare on East Essex Street, A Midsummer Night's Dream, …Tanks a Lot and Lucca for Barabbas. Additionally, Holocaust Memorial Day at the Waterfront, Green, Piaf and Fontamara for Vesuvius, Christma Sing, Rover Saves Christmas, Pass the Parcel, and Annabelle's Star for the Ark. Seven designs for Fishamble and Ernest, BFG, The Odd Couple, The Sunshine Boys and Thesis for Guna Nua.

Paul Meade is Artistic Director of Guna Nua Theatre, and is a writer, director, and actor from Limerick. Paul trained at the Samuel Beckett Centre, Trinity College, and later received an M.A. in modern drama from U.C.D. For Guna Nua Paul has co-directed the award-winning Scenes from a Water Cooler as well as Trousers and Taste by David Parnell, and the Irish premiere of The Real Thing by Tom Stoppard. He has also directed The Shawl and Positive Dead People for Bewleys' Cafe Theatre, Translations for Hands Turn Theatre, Medea for Threshold and Death and the Maiden for Mirage. His work as a writer included Trousers, Thesis, Scenes from a Water Cooler and Skin Deep which won him the Stewart Parker Trust Award. He has also translated the plays Stop the Tempo, All These Guys and Our Father Who Art in the Supermarket. Most recently he wrote Mushroom for Storytellers Theatre Company. Paul is currently under commission from Guna Nua and the Irish Council for Bioethics.

Amelia is a graduate of Theatre Studies at Trinity College, Dublin. 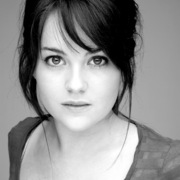 Sarah is a graduate of the full-time professional acting course at the Gaiety School of Acting, Dublin.

Theatre credits include The Empress of India, The Year of the Hiker, The Playboy of the Western World (Druid Theatre). Sarah also appeared to much acclaim as Cactus in Gina Moxley's play Danti Dan (Galloglass Theatre Company) and
more recently in The Death of Harry Leon (Ouroboros Theatre Company).

Screen credits include: RAW (Season Two, Octagon/RTE); Bachelor's Walk Christmas Special, Den Tots, Bandstand, Speed Dating (RTE). Sarah appeared as Imelda in Eden, the feature film based on Eugene O'Brien's award-winning play of the same name (Samson/RTE). She is currently appearing as Cathleen in the Canadian-Irish feature film Love and Savagery (Morag Loves Company, Subotica and Park Ex Pictures) in festivals across North America. Sarah most recently completed filming on the new feature film The Guard, written and directed by John McDonagh and starring Brendan Gleeson and Don Cheadle and due for release in 2010. 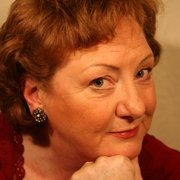 Other UK appearances include: 'Little Buttercup' in HMS Pinafore, Manchester Opera House and Old Vic. 'Ginnie Gogan' in The Plough and the Stars, Garrick Theatre. 'Kate' in The Cripple of Inishmaan, National Theatre. 'Onoria' in Naked, Almeida and Playhouse Theatres. 'Juno' in Juno and the Paycock, Wyndhams and Albery Theatres. 'Mother' in The Shaughraun, Noel Coward Theatre. Anita created the role of 'Maggie' in Dancing at Lughnasa, National and Phoenix Theatres (Olivier nomination for Best Actress) and 'Kay' in Little Gem, Traverse Theatre (Edinburgh Festival Best Actress nomination).

In Dublin appearances include: The Rivals, She Stoops to Conquer, The Shaughraun, Da, A life, Dancing at Lughnasa, Juno and the Paycock, Les Miserables, Guys and Dolls, Pirates of Penzance, Shirley Valentine, Romeo and Juliet, Sweeney Todd.

Films include: Angel, Into The West, Ballroom of Romance, The Miracle, Talk of Angels, Fools of Fortune, Scarlett, Butcher Boy, The American, Adam and Paul and Alarm.