by Deirdre Kinahan
Sold out
MOMENT

On a seemingly ordinary evening an Irish family sit down to tea. The difference tonight is that Nial is home – back from prison having committed a dark crime many years earlier with some news to share and a conscience to clear.

Fast, witty and frighteningly real, Moment takes you on a journey through trauma wrapped up in tablecloths and teacake.

The UK premiere of an explosive new play from one of Ireland ’s most celebrated playwrights Deirdre Kinahan which examines how one terrible moment can change lives irrevocably.

This is a past event
‹ › ×
Sound Designer
Alun Smyth

Alun Smyth is a musician/composer from County Meath, Ireland. To date he has released four full length albums- three with Minty and the Freshmen- and has travelled throughout Europe and the USA plying his trade as a songsmith. Since settling back in Ireland, Alun has begun producing/engineering for various outfits and composing music for festival installations, youth projects and documentaries etc. He has recently become involved in composition/sound design for theatre, working with groups such as Second Age(A Doll’s House), OuLaLa (Dark Side of the Moon),Meath County Council (Laboratory of the Imagination), Aurora (The Good Sister), Wonderland (The Picture of Dorian Grey) and Tall Tales (A Lady of Letters). He is delighted to be working with Tall Tales again on this production of Moment. 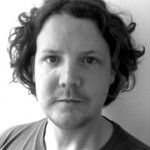 David graduated from the Samuel Beckett School of Drama, Trinity College with a BA in English and Theatre Studies. Having directed plays with a number of companies, he became Director-in-Residence for Inis Theatre Company in 2000 and has devised and directed all productions to date. He was made Staff Director at the Abbey Theatre in 2003 where he continued to work until October 2004 before relocating to Paris for a year, studying the principles of movement at the Ecole Internationale de Theatre, Jacques Lecoq. In 2007, David became Artistic Director of Bewley’s Café Theatre after directing the premiere of Hue and Cry by Deirdre Kinahan for TallTales at the venue.

Other directing highlights include: Dancing at Lughnasa by Brian Friel (Second Age), In The Pipeline, a new play by Gary Owen (Paines Plough/Oran Mor Theatre, Glasgow), The Death of Harry Leon, a new play by Conall Quinn (Ouroboros Theatre Company) and Winner of the Stewart Parker Award for Best New Play 2009, Hue and Cry by Deirdre Kinahan and Wallflowering by Peta Murray (TallTales), Danti-Dan by Gina Moxley and Way to Heaven by Juan Mayorga (Galloglass), Metamorphosis by Franz Kafka (Once-Off Productions, part of the Rep Experiment), Can You Catch A Mermaid? and Peter Pan (Pavilion Theatre @ Christmas), The World’s Wife, Lady Susan, To Kill A Dead Man, and the award-winning Tick my Box! (all with Inis Theatre), among others.

As a screenwriter, David co-wrote Belonging to Laura, a contemporary film adaptation of Lady Windermer’s Fan (Accomplice/TV3) and is under commission to adapt Earnest with Accomplice for RTE. He also teaches the Principles of Directing and Advanced Directing modules at Trinity College. 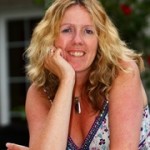 Maree’s most recent set design was Dancing at Lughnasa for Second Age Theatre Company. Earlier in 2010, she designed Plasticine for CorcaDorca Theatre Company, Happy like a Fool for Red Kettle Theatre Company, Hamlet for Second Age and the CoisCeim double bill; As You Are & Faun. Maree has worked extensively as the set and costume designer with Livin Dred Theatre Company & Nomad Theatre Network, whose productions number amongst them; Heading for Dakota, Observe the Sons of Ulster Marching Towards the Somme for which she received the 2009 Irish Times best set design award, The Dead School (Irish Times best costume designer & best production nominee 2008), Conversations on a Homecoming, There Came a Gypsy Riding, A Christmas Carol and Shoot the Crow. Other set designs include Moment – Tall Tales Theatre Company, Splendour – RAW/Project Arts Centre, 84 Charing Cross Road and Over & Out – Lane Productions, To Kill a Dead Man – Inis Theatre Company. Maree has also spent two years as the design co-ordinator for the Abbey and Peacock theatres. Production designs for television include Limits of Liberty, The Undertaking the Ghosts of Duffy’s Cut, and In Search of the Pope’s Children – RTE, Imeacht Na nIarlai – TG4. Film & television Art department work includes; The Tudors – Showtime, George Gently – BBC and Leap Year – Spyglass Entertainment/Universal.

Moyra D’Arcy – Lighting Designer:
Recent projects include: “Confessions of an Irish Publican” with Des Keogh; “Casa Lisa” for the GSA at the Project; “The Birthday of the Infanta” at Bewley’s; Kafka’s “The Trial” for UCD Drama; “Bondi Beach Boy Blue” for OCI; “Richard II” in Smock Alley; “Moment” for Tall Tales; “After Miss Julie” and “Bug” Purple Heart Theatre Co; “The Willow Pattern” Ballet at the Pavilion; “A Midsummer Night’s Dream” and “The Good Person of Szechwan” DIT drama; “Positive Dead People” and “The Shawl” for Bewley’s; ”Trans Euro Express” and “The Dedalus Lounge” by Gary Duggan for Pageant Wagon; “All in the Timing” for Inis Theatre; “Coraline” and “Stone Soup” for Puca Puppets and “Over and Out” for Lane Productions.

Muirne Bloomer is from Dublin. She trained with Jill Wigham and later at the Irish National College of Dance. Muirne was a member of the Corps de Ballet with Dublin City Ballet and was demi soloist with the Vienna Ballet Theatre.

She has performed for many years at home and abroad, and in latter years, most regularly with CoisCéim Dance Theatre.

She has choreographed extensively for theatre and large scale spectacle events including St Patrick’s Parade in Dublin, Macnas/ Galway Arts Festival Parade, The Special Olympics Opening Ceremony in Dublin and for the Opening Ceremony of the Ryder Cup Ireland.

As Associate choreographer Muirne worked on When Once is Never Enough, Boxes, Rite of Spring, Mermaids, The Nutcracker and Dodgems for CoisCéim Dance Theatre and on ” Orfeo et Euridice and Imeneo” for Opera Ireland.

Most recently Muirne’s original work: As You Are for Coisceim Dance Theatre, Dancing at Lughnasa for Second Age Theatre Company and The Ballet Ruse a duet choreographed and performed by Muirne and colleague Emma O Kane.

This is Tracys third year as producer with Tall Tales Theatre Company. Previous productions with Tall Tales include ‘Maisy Dalys Rainbow’ by Deirdre Kinahan, ‘Hue and Cry’ by Deirdre Kinahan and ‘Bogboy’ also by Deirdre Kinahan.
Prior to joining Tall Tales she independently produced many shows including Colm O’Gradys ‘ Delicious O’Grady’, Ponydance’s ‘Where Did It All Go Right?’, Gringo and The Pony Girls ‘Rouge Cabaret’ and ‘Malice In Wonderland’ for the Dublin Fringe Festival Speigeltent, ‘The Licky Rake Show’ and ‘Paranoid?’ both written by herself.
She also spent six years working as a free lance stage and production manager. 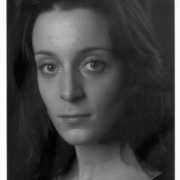 Maeve graduated with distinction from the Bachelor in Acting Studies at the Samuel Beckett Centre, Trinity Centre in 2006.
Theatre includes: Dancing At Lughnasa, Hamlet, King Lear, The Merchant Of Venice, Macbeth and Othello (Second Age); Boss Grady’s Boys (Woodpecker Productions); Basin (ANU); After Miss Julie (Purple Heart); Walnuts Remind Me Of My Mother (Focus); There Are Little Kingdoms (Meridian); Pilgrims Of The Night (Rough Magic SEEDS3); Way To Heaven (Galloglass); A Tourist’s Guide To Terrorism (Edinburgh Fringe).
Theatre while training includes The Caucasian Chalk Circle, Loveplay, A Servant To Two Masters and The Company Of Wolves. 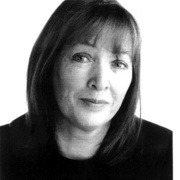 Deirdre trained at the Brendan Smith Academy and The Abbey School of Acting.
Theatre includes: Bookworms, The Shadow of The Glen , Blood Wedding, Twelfth Night, The Well of The Saints, All My Sons, The Blue Macushla, Too Late For Logic, She Stoops To Folly, Drama At Innish, A Month In The Country, The Crucible, The Big House and An Ideal Husband (The Abbey Company); Jane Eyre, Death Of A Salesman, Les Liaisons Dangereuses , Private Lives, Blithe Spirit, As You Like It, Romeo And Juliet, Down Onto Blue, A Delicate Balance and A Dream Of Autumn,There came A gypsy Riding for Livin Dred.

Film and T.V. work includes: The Riordans , The Last Of Summer, The Hamster Wheel, The Body In Hume Street, Runway One, Criminal Conversation, Attracta The Fantasist, Connemara, Molloy, The Irish RM and six series of Ballykissangel. Deirdre’s most recent film role was in Cracks.

Deirdre has also been one of Irelands busiest voice-over artists for the past 25years.
She holds a First-Class M.A. in Modern Drama Studies from U.C.D and for her role in A Delicate Balance and A Dream Of Autumn she was nominated for Best Supporting Actress, in the Irish Times Awards. 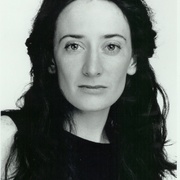 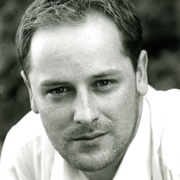 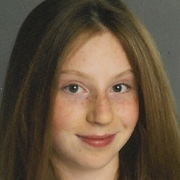 Aela made her professional stage debut in the 2009 production of Moment.
She appears regularly on RTE Television and RTE Radio, and appears in this year’s Christmas Show, The Snowman (National Concert Hall). She has also performed in the St. Patrick’s Festival and a music video. 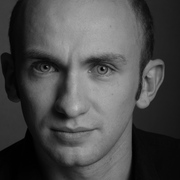 He has also consistently created work as a writer and deviser, most recently Connected (Nominated, Bewley’s Little Gem Award 2010) . Other work includes This Is Not A Drill (Nominated, Spirit of the Fringe 2009); Ways of Making You Talk (Nominated, Fishamble New Writing Award, 2007); and The Final Words of Thomas Russell (West Belfast Festival 2005), a one-man show he also performed in his home town of County Down.

He was joint winner of Kenneth Brannagh’s Renaissance Award in 2003. 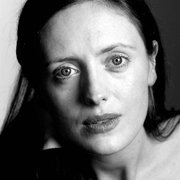 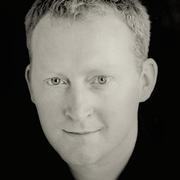