written and performed by Richard Gadd
Francesca Moody Productions in association with Bush Theatre presents
Sold out
Preview: Baby Reindeer
I looked at her, wanting her to laugh. Wanting her to share in the joke. But she didn’t. She just stared. I knew then, in that moment – that she had taken it literally…

When Edinburgh Comedy Award Winner Richard Gadd (Monkey See Monkey Do) offers a free cup of tea to a stranger, what appears to be a trivial interaction has ramifications far wider than he could ever have imagined.

Ahead of a world premiere at the Edinburgh Fringe this summer, here’s your chance to see a preview of Baby Reindeer before it’s full run in October. An unmissable debut play and chilling personal narrative exploring obsession, delusion, and the aftermath of a chance encounter, the show is directed by Olivier Award Winner Jon Brittain (Rotterdam).

“A mercurial talent”
The Independent ★★★★

This is a past event
‹ › ×
Director
Jon Brittain

Jon Brittain is a playwright, comedy writer and director. His play Rotterdam earned him a nomination for the Charles Wintour Award for Most Promising Playwright at the Evening Standard Theatre Awards and won the Olivier Award for Outstanding Achievement in an Affiliate Theatre. Other work includes the critically acclaimed Billionaire Boy: The Musical, the cult hit Margaret Thatcher Queen of Soho and its sequel Margaret Thatcher Queen of Game Shows, and the Scotsman Fringe First Award-winning A Super Happy Story (About Feeling Super Sad). He directed John Kearns’s Fosters Award-winning shows Sight Gags for Perverts and Shtick, and the follow-ups Don’t Bother, They’re Here and Double Take and Fade Away, as well as shows for Tom Allen, Mat Ewins and Tom Rosenthal.

For TV he has been a staff writer on Cartoon Network’s The Amazing World of Gumball and on Netflix’s The Crown. 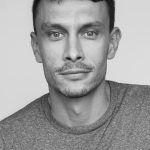 Richard is a multi-award winning writer, performer, and actor. His most recent show Baby Reindeer premiered at the Edinburgh Fringe Festival 2019 where it won two awards – the Scotsman Fringe First Award for New Writing and a Stage Award for Acting Excellence. The show then went onto a five-week run at The Bush Theatre in London and was nominated for an Off West End Theatre Award for Best Performer.

His preview show, Monkey See Monkey Do, won the prestigious Edinburgh Comedy Award for Best Show at the 2016 Edinburgh Fringe Festival where it was also nominated for a Total Theatre Award for Innovation. The show subsequently had several sell-out runs at London’s Soho Theatre, toured the UK and Europe, and had a run at the Melbourne International Comedy Festival, where it was nominated for the 2017 Barry Award and was broadcast on Comedy Central.

His other shows Waiting for Gaddot, Breaking Gadd, and Cheese & Crack Whores were also Edinburgh Fringe hits and all went on to three week runs or more in the Soho Theatre. The former won the Amused Moose Best Edinburgh Fringe Show Award 2015 and was nominated for a Malcolm Hardee Award For Innovation 2015. In addition, Richard won a Chortle Comedian’s Comedian Award 2017, as well as being nominated for an Off West End theatre award for Best Performer in the same year.

Richard is also a successful actor, who starred opposite Daniel Mays in the BAFTA-nominated BBC2 single drama Against the Law – “surely a breakout role for him,” The Guardian. Other key acting credits include SKY’s Code 404, BBC3’s Clique, and E4’s Tripped. He also recently played a lead role in Sky Arts’ film One Normal Night. The Independent described his appearance as, “a quite wonderful performance,” and The Times described it as, “moving and very well acted.”

Richard is currently filming alongside Stephen Graham and Daniel Mays, in Sky One’s new six-part comedy series Code 404. In addition, Richard is also a writer who has written episodes of Netflix smash-hit Sex Education, as well as Ultimate Worrier for Dave and The Last Leg for Channel Four where he is also one of their correspondents.He also recently recorded his own pilot for BBC Radio 4 with Dabster Productions, The Richard Gadd Show, which aired in July 2018. He has also had several written projects broadcast on BBC Radio 4 and BBC Radio Scotland.

So this happened?! My monologue is on the big screen in Hammersmith! Eeeeeek! Grateful! @TristanFAiduenu… https://t.co/9gh362tSud
May
@mayabdi_

So this happened?! My monologue is on the big screen in Hammersmith! Eeeeeek! Grateful! @TristanFAiduenu… https://t.co/9gh362tSud
May
@mayabdi_ 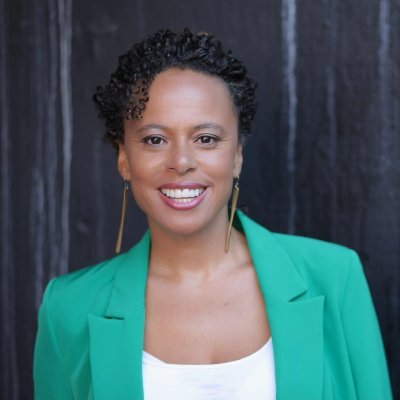 Last minute audition? You’re reading in for someone? Or, starting rehearsals soon and want to get prepped? ✨ Join t… https://t.co/CNagmrIOy4
JujuPR
@juju_publicist

This is today! I’ve learnt so much from this woman. Don’t miss an afternoon with @andoh_adjoa x https://t.co/ewQ1pta1gY
Lynette Linton
@LynetteLinton

This Masterclass with the brilliant @andoh_adjoa is on Monday. There are a few places left and this series has bee… https://t.co/KR1YUbSuog
Deirdre O'Halloran
@deirdre_OH

The Protest is a series of six pieces released during lockdown by black creators in our writing community as a response to the killing of George Floyd, and its impact on black Britons. Content warning: the following films all contain themes of racism. Hey Kid by Matilda Ibini Matilda is a bionic playwright and screenwriter.…

Our Building is Open

In line with current government advice, we have reopened our building. With key safety and social distancing measures in place and new opening times, things may look a little different, but the spirit of the Bush is stronger than ever. At the Bush, community comes first, and as we journey out of this crisis we…