Join our Q&A with writer, actor and performance artist, Mika Onyx Johnson, to discuss their debut show Pink Lemonade and how it explores identity and self discovery through original music, poetry and storytelling.

Pink Lemonade previewed at the Gate Theatre, London and premiered at the Edinburgh Festival Fringe 2019 where it was included in The Stage newspaper’s ‘18 best shows of the Fringe’ and prior to lockdown was due to transfer to the Bush Theatre in July 2020. It is currently being developed for TV.

Mika is joined by award-winning artist Rachael Young whose work creates spaces for intersectional realities to be explored and celebrated.

Ticket bookers can join the Q&A via Zoom, where there will be a dedicated co-ordinator to field questions.

This is a past event
‹ › ×
Artist
Mika Onyx Johnson 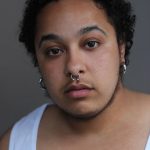 Pink Lemonade is Mika’s debut play. It is also in development for TV with Balloon Entertainment and the BBC. 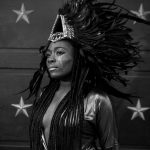 Rachael Young is an award-winning artist and writer based between London and Nottingham. Her interdisciplinary performance practice exists on the boundaries between live art, dance, contemporary theatre and socially engaged projects. Her work creates spaces for intersectional realities to be explored and celebrated and for alternative narratives and forms to evolve and be heard.

Rachael’s most recent shows OUT and NIGHTCLUBBING have received critical acclaim. NIGHTCLUBBING was nominated for the ‘Total Theatre Award for Innovation, Experimentation & Playing with Form’ at 2019’s Edinburgh Fringe Festival and Rachael was named an Artist to Watch 2019 by the British Council. OUT won the 2017 South East Dance ‘A Space to Dance’ Brighton Fringe Award and was nominated for the ‘Total Theatre & The Place Award for Dance’ at the Edinburgh Festival Fringe 2017. She is the recipient of the inaugural Eclipse Award, which supported this year’s run of NIGHTCLUBBING and OUT at Edinburgh Fringe.

She was part of 2018/19 ‘BBC Writers Room: London Voices’ and a writer of the Royal Court’s Queer Upstairs: an evening of rehearsed readings of new short plays to mark the fiftieth anniversary of the Stonewall uprising.

Rachael speaks on panel discussions & forums on the matters of race, class, queerness, neurodivergence & tackling discrimination in the arts. Mostly recently she spoke at this year’s Edinburgh Fringe Festival’s online event on Underrepresentation of Black and Brown Creatives in the Arts and at Architecture at the Edge Festival 2020, (Ireland): Breaking boundaries – Nightclubbing & architectures of inclusion lecture.