As Alice and Ben settle into their beautiful new flat they realise that the family across the hall hope to be more than just good neighbours.

Soon, Juliette, Gilles, and their son François are wearing out the welcome mat; suggesting drinks, hors d’oeuvres and dancing. Things begin to heat up as innocent invitations lead to passionate encounters and unsettling revelations.

Written by award-winning Quebecois playwright Catherine-Anne Toupin, Right Now is a play with a dark heart, a disquieting exploration of one woman’s crisis and darkest desires. It walks a delicate line between playful laughter and deep trauma, teasing and thrilling audiences from beginning to end.

This is a past event
"If you like big laughs spiked with some serious human trauma this is unmissable."
Time Out
"A beautifully dark gem."
Arts Desk
"The play keeps us guessing with a thriller-like glee."
The Guardian
"As precise as a surgical incision yet as raw as an open wound."
The Times
"Simmering sexual frisson."
WhatsOnStage
"Raw, often unsettling."
The Stage
‹ › × 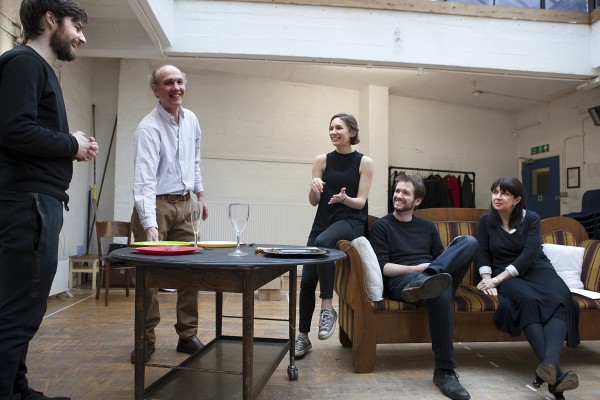 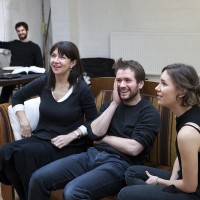 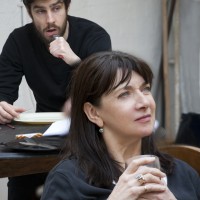 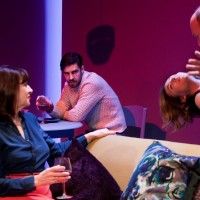 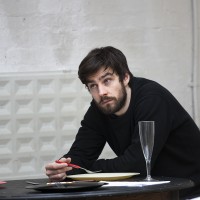 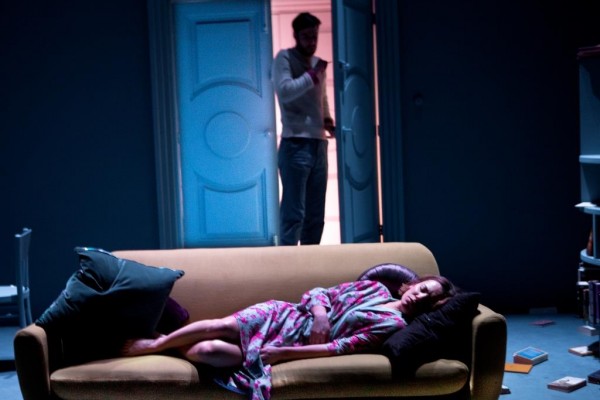 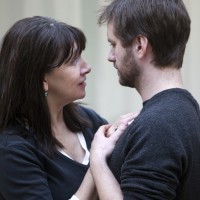 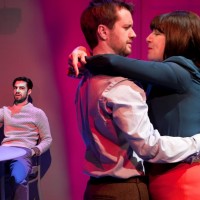 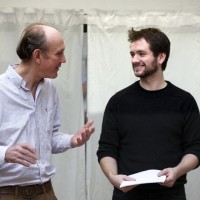 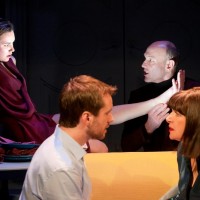 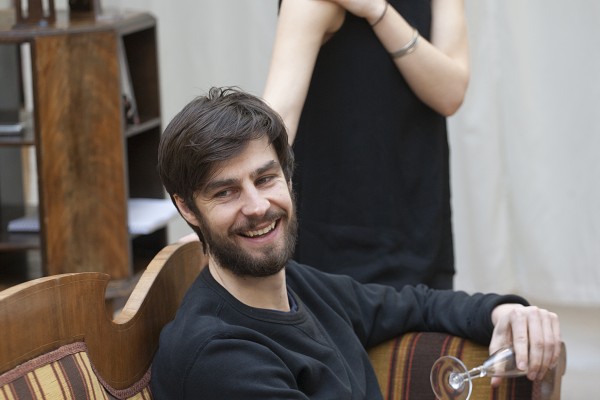 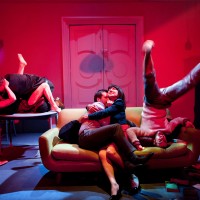 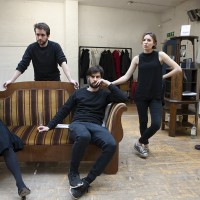 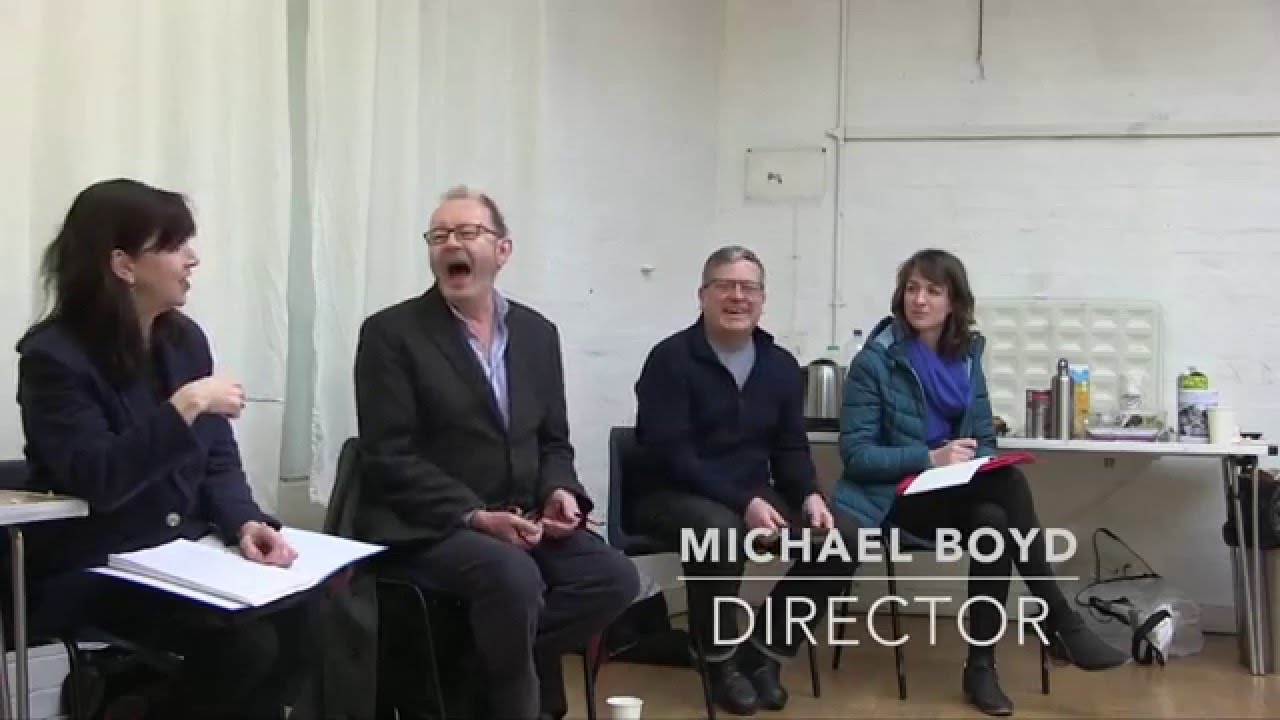 Catherine-Anne Toupin graduated from The Conservatory of Dramatic Arts in Montreal in 1999. She has become a well-known actress in Quebec and can be seen each week on two very popular television series. She has also written three full length and many other short plays, which have all been produced.  She spends most of her time acting, both on stage and on screen while also working as a script editor for a television show she created, called Boomerang.

Chris is currently Literary Manager of the Royal Court after being Deputy Literary Manager of the National Theatre for six years. He has translated plays by Philippe Minyana, David Lescot, Rémi de Vos, Adeline Picault, Magali Mougel, Launcelot Hamelin, Frédéric Blanchette, Catherine-Anne Toupin and Fabrice Roger-Lacan for the National, the Almeida, the Donmar, the Traverse, the Birmingham Rep and the Young Vic among others. In 2014, Chris was appointed Chevalier de l’Ordre des Arts et des Lettres by the French government. An actor for many years, Chris has worked at many theatres including the National, the Birmingham Rep, the Gate and the Traverse. He most recently appeared alongside Meryl Streep in The Iron Lady.

David’s recent work includes the soundtrack to Butterfly by Ramesh Meyyappan, Threads, a short film by Curious Seed, World Factory for Metis Arts/Young Vic London, Dundee Rep’s production of Jo Clifford’s Great Expectations and the 10- year anniversary remount of Grid Iron’s The Devil’s Larder. Other theatre work includes a series of soundtracks for Grid Iron – Those Eyes, That Mouth (2003), The Devil’s Larder (2005), Barflies (2009) and What Remains (2011). His work for the Traverse Theatre includes The Tree Of Knowledge (2011) and Bloody Trams (2014). His work for the National Theatre of Scotland includes Elizabeth Gordon Quinn (2006), Something Wicked This Way Comes (2008 – a co-production with Catherine Wheels), Mary Queen Of Scots Got Her Head Chopped Off (2009), Our Teacher’s A Troll (2009), Dolls (2009 – a co-production with Hush Productions) and The Missing (2011).

His work in children’s theatre includes his chamber opera The Songbird (2010) and soundtracks for Catherine Wheels productions: Pobby & Dingan (2010) and Caged (2011).

David is the recipient of several awards including the Glenfiddich Spirit of Scotland Award for Music.

Michael Boyd was Artistic Director of the Royal Shakespeare Company from 2002-12, where his productions included the twenty four hour RSC Histories Cycle, described by The Guardian as “One of the great events of modern theatre”, and “the best I have seen in 30 years” by The Telegraph.  As Artistic Director he led the £112 million reconstruction of the Royal Shakespeare Theatre, as well as commissioning and producing the Complete Works Festival 2006-7, the World Shakespeare Festival for the London Olympics 2012, and Matilda the Musical. He took a repertoire of 7 Shakespeare plays to the Park Avenue Armory as part of the Lincoln Center Festival, New York, in 2011. Prior to joining the RSC, he was founding Artistic Director of the Tron Theatre in Glasgow from 1985-96, where his productions included Ted Hughes’ Crow, The Trick Is To Keep Breathing (also Royal Court and World Stage Festival, Toronto), and several works by the Québécois playwright Michel Tremblay. In 2014/15 he staged both parts of Marlowe’s Tamburlaine in New York (Obie, Drama Desk, and Drama League Awards), and made his Royal Opera debut with Monteverdi’s ORFEO at the Roundhouse (nominated, Outstanding Achievement in Opera, Oliviers) His work has won many UK and international awards, including four Oliviers, and he was knighted for services to drama in 2012. 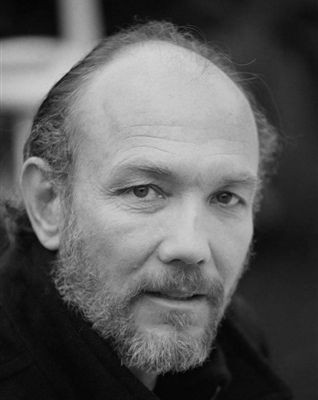 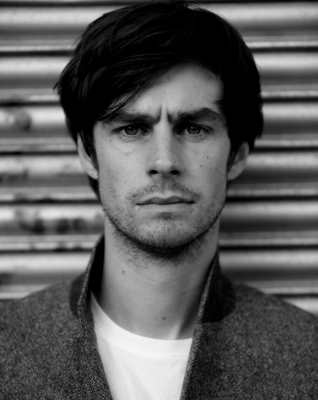 Dyfan Dwyfor
Dyfan Dwyfor graduated from the Royal Welsh College of Music & Drama in 2007. He won the Richard Burton Award at the National Eisteddfod in 2004. Most recently he has appeared in Candylion (National Theatre Wales). Other theatre credits include: The Harvest (Soho Theatre/Ustinov Studio Bath); Titus Andronicus (The Globe); Praxis Makes Perfect (National Theatre Wales);Too Clever by Half (Royal Exchange); Fortunes Fool (The Old Vic); Ahasverus, Hamlet,  Little Eagles, Romeo & Juliet, The Drunks, As You Like It, Comedy of Errors (RSC). Film and Television work includes: Yr Oedi, Hinterland, Caerdydd, A470, Y Llyfrgell, The Passing, I Know You Know and The Baker. 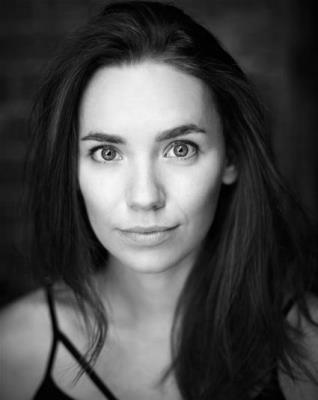 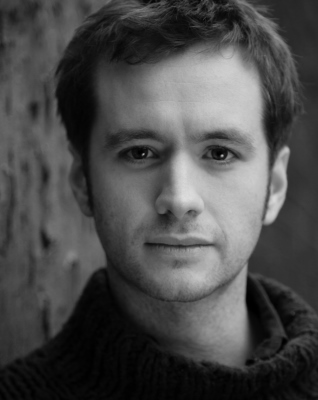 Sean Biggerstaff
Sean Biggerstaff obtained his first professional acting role at ten, playing the son of MacDuff in a Michael Boyd production of Macbeth at the Tron Theatre, Glasgow. Other theatre work includes: Solid Air (Theatre Royal Plymouth), The Girl with the Red Hair (Lyceum/Bush/Hampstead Theatre), An Appointment with the Wicker Man (National Theatre of Scotland). Sean’s film work includes: Whisky Galore, Cashback, and Harry Potter and the Philosopher's Stone, Harry Potter and the Chamber of Secrets and Harry Potter and the Deathly Hallows (Part 2) playing the part of Oliver Wood. His television work includes: Marple, Charles II, and Consenting Adults for which he won BAFTA Scotland’s Best Actor Award for his performance. 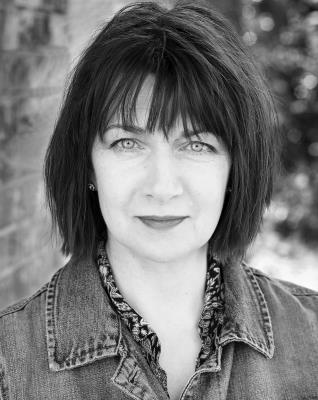 Maureen Beattie
Maureen Beattie trained at the Royal Scottish Academy of Music and Drama and graduated with the James Bridie Gold Metal. Since then Maureen has gone on to play many roles with companies across the UK including the National Theatre of Scotland, National Theatre of Great Britain, the Globe, and the RSC, as well as touring internationally. Previous theatre credits include: The List, The Carousel, The Deliverance (Stellar Quines); John Gabriel Barclay (Óran Mór); Yer Granny, 27 and The Enquirer (National Theatre of Scotland); Romeo & Juliet (Rose Theatre Kingston); Dark Road, The Cherry Orchard (Royal Lyceum Theatre Edinburgh); Noises Off (The Old Vic); No Quarter (Royal Court Theatre); Ghosts (Citizens Theatre); Masterbuilder, Othello, The Merry Wives of Windsor (National Theatre); The History Plays, Richard III, Titus Andronicus, The Lion, The Witch and The Wardrobe  (Royal Shakespeare Company). Maureen’s television and film credits include: Outlander, Doctor Who, Vera, Casualty, Lewis, Midsomer Murders, Taggart, Bramwell, The Bill, Hard to Get, The Worst Week of My Life, Doctors, Moving On and Decoy Bride.