After a sell out and critically acclaimed run at this year’s Edinburgh Festival, the Bush brings its production of Simon Stephens’ Sea Wall back to London.

Things for Alex are good. He loves his wife, his daughter, his city, his job. But sometimes the force of life can crash against you. Sometimes everything you thought you could always depend on can be taken away.

Sea Wall is a story about family, fear and the things that can’t be undone. It is award-winning playwright Simon Stephens’ new play. His previous plays include Pornography (Traverse Theatre, 2008), Port (Pearson Award for Best Play), Christmas, On the Shore of the Wide World (Olivier Award for Best New Play), Motortown, and Harper Regan.

We’re thrilled to bring you this performance as part of the launch of The Bush at the Library – the new script reference library which will be housed at 7 Uxbridge Road, Shepherds Bush, W12 8LJ from 5 October. So do drop by to browse through our collection of scripts and performing arts related books.

Sea Wall was first shown at the Bush Theatre in 2008 as part of the Broken Space Season.

This is a past event
"One of the most devastating 30 minutes you are ever likely to experience in the theatre... The extraordinary power of Sea Wall is that it is concerned with both the domestic and the majestic. 'Why' is the unspoken question that resonates around the theatre."

Guardian
"It's a delicate wisp of a thing, like a curl of cigarette-smoke exhaled in a moment of mournful reverie. After contact with it, sure enough, your eyes are welling up, and you're starting to choke... The delight of this solo, directed by George Perrin, is also two-fold. First, there's the quality of Stephens's writing, which has a rich feel for the embarrassments, detours, short-cuts and comic self-deprecations of everyday speech. But holding it together is a pitch-perfect performance from the actor Andrew Scott, telling the tale to his audience directly, on a bare stage, under the most basic lighting."
Daily Telegraph
"Andrew Scott's performance is brilliant."
Financial Times
"If you want to see the small but perfectly formed in all its glory, look no further than Simon Stephens's Sea Wall, first seen at the Bush last year. Performed with devastating intensity by Andrew Scott, this monologue is an exquisitely written and moving account of the fragility of our existence and how the good life can suddenly turn bad without warning."
Guardian
"Engaging and devastating...packs an enormous emotional punch"
Independent
"Electrifyingly superb...a staggeringly harrowing piece of writing and a superlative production. Not to be missed."
Independent on Sunday
"Beautifully realised"
The Herald
‹ › × 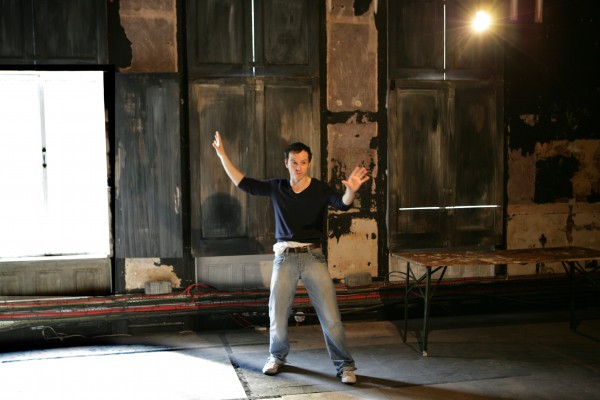 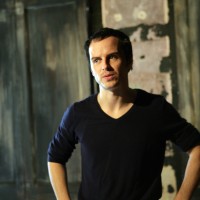 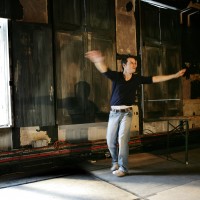 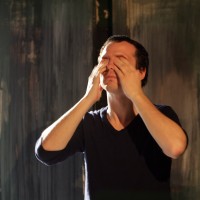 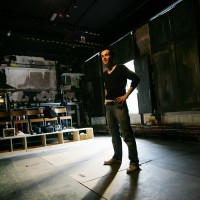 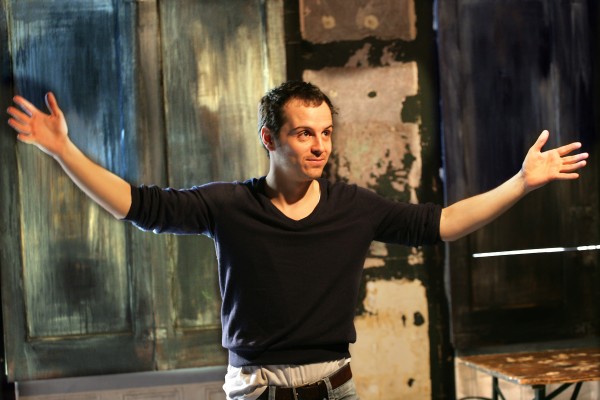 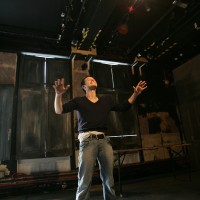 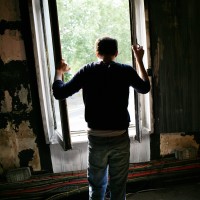 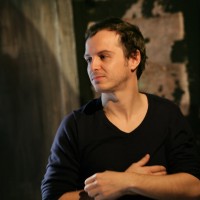 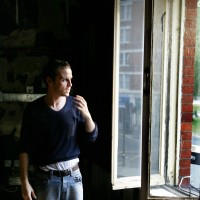 Co-founder and artistic director of nabokov and Creative Associate at the Bush Theatre.

He was the first recipient of the Genesis Director's Award from the Young Vic and is a member of Old Vic New Voices. George trained on the National Theatre Studio Director's Course and at The Maly Theatre, St Petersburg with the Young Vic.

Lucy has previously designed Wrecks, Broken Space Festival, 2,000 Feet Away, Tinderbox and The dYsFUnCKshOnalZ for the Bush Theatre (with whom she is a former Associate Artist).

Lucy graduated from Motley Theatre Design School in 2003, having also gained a BA in Fine Art from the University of Newcastle.

Current designs include: The Girls Of Slender Means (Edinburgh Festival). 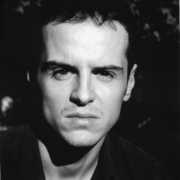