The Divali Story with Jamila Gavin

Once upon a time there was a great warrior, Prince Rama, who had a beautiful wife named Sita…

To prepare for the festival of lights, Divali, this year come and make your own ring for Prince Rama and jewellery for Sita to wear while you listen to one of the greatest storytellers Jamila Gavin who will weave you into the magic of this ancient story of good triumphing over evil. While you listen more jewels will be hidden around the room for everyone to find after the story.

Jamila Gavin was born in Mussoorie, India, in the foothills of the Himalayas.With an Indian father and an English mother, she inherited two rich cultures which ran side by side throughout her life, and which always made her feel she belonged to both countries. The family finally settled in England where Jamila completed her schooling, was a music student, worked for the BBC and became a mother of two children. It was then that she began writing children’s books, and felt a need to reflect the multi-cultural world in which she and her children now lived.

Since her first book, The Magic Orange Tree was published in 1979, she has been writing steadily, producing collections of short stories and several teenage novels for the whole age range from six to sixteen, including Grandpa Chatterji and The Surya Trilogy.  Her book Coram Boy, a novel for young adults, won the Children’s Whitbread Award, as well as being shortlisted for the Carnegie Medal. It was subsequently adapted for the stage and had two highly successful runs at the National Theatre in 2005/6.

Jamila will be signing some of her most rent works including Tales from India in the Library after the event. 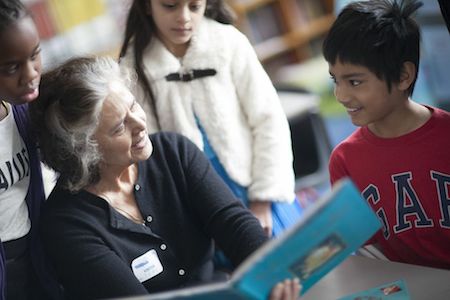